Please ensure Javascript is enabled for purposes of website accessibility
Log In Help Join The Motley Fool
Free Article Join Over 1 Million Premium Members And Get More In-Depth Stock Guidance and Research
By Eric Volkman - Feb 11, 2020 at 8:17AM

Stock market indexes leaped that day, but you'd never know it from the performances of this pair.

Was it a happy Monday for you?

If you're a stock investor, the answer was likely "yes," as it was a day full of optimism on the exchange. Many top stocks rose, some by double-digit percentages. But as ever there were numerous examples of companies that took a hit or several; here are two to look at as we move through the rest of our investing week. 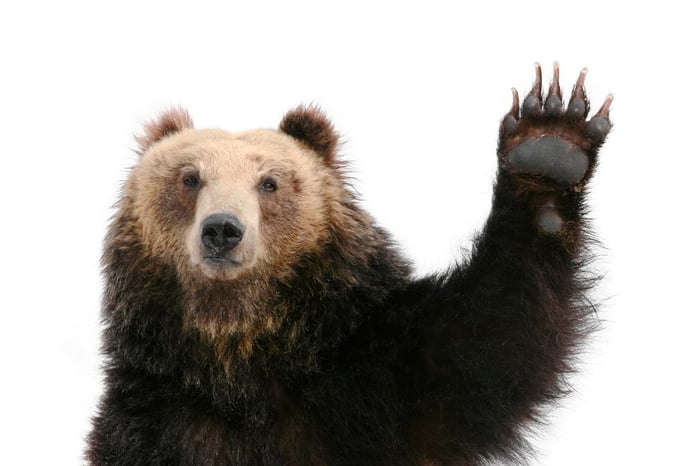 Twitter (TWTR 2.21%) was a star tech stock last week, climbing sharply on the release of its fourth quarter of 2019 results. That was then, this is now; on Monday that star dipped in the sky, with its stock price sliding by almost 3%.

To some degree, this is the usual pullback from post-earnings euphoria when a company beats estimates. Twitter's victory wasn't exactly a triumph -- it modestly topped the average analyst estimate for revenue but missed on non-GAAP (adjusted) earnings. Still, it's a comparatively good quarter for a company that has, at times, struggled to turn its ubiquitous messaging platform into a viable and profitable business.

But I think other concerns are weighing on the stock. This fiscal year will be one of building for the company -- it's planning on ramping up its investments in a clutch of critical areas that should improve its platform. Twitter's total expenses are set to rise by roughly 20% this fiscal year. As a result profitability is sure to slump; Twitter is guiding to at least a 68% year-over-year decline in its current Q1 of 2020.

This is a clear case of investing now for strong results in the future. Boosting the usability of its platform and, for example, making it more useful for followers of topics rather than people (both goals with the sharply increased spend) will only increase its attractiveness. That ultimately should result in even sharper ad revenue growth, and thus higher profitability once the smoke clears.

Twitter is the present and will likely be at least the proximate future of digital micro-messaging. I haven't always been bullish on this company, but I am now. This dip is a fine opportunity to grab the shares at a relatively cheap price.

In contrast to Twitter and its post-earnings slump, Antero Resources (AR 3.35%) is slipping a few days before it delivers its latest set of results. Skittish investors traded shares of the big energy company down by 4% on Monday; on Wednesday, it's slated to publish Q4 and full-year 2019 financials.

The prices of natural gas, Antero's specialty, have been falling for years. This is thanks in no small part to the fracking revolution, which has flooded the market with supply -- to the point where even notably increased demand can't offset the glut. A relatively warm winter (prime time for sale and use of natural gas) isn't helping.

This price drop is a great trend if you're a consumer, but not so hot if you're a producer. Collectively, analysts are projecting not only a $0.25 per share net loss for Antero's Q4, but another (albeit narrower, at $0.13) shortfall for the first quarter of 2020, and a $0.65 deficit for the entirety of 2020.

As of yet, there's almost no indication that prices can recover to any meaningful extent... if at all. It's very possible that they can go well lower if the economy starts to slow down, with that relatively high demand easing while supply remains high. I don't see a great future for Antero stock anytime over the next few years, and like those investors that seem to have exited it on Monday, I'd give it the cold shoulder too.