Frozen 2 and Star Wars contributed to a super holiday season for the toy maker.

Although other toy makers and retailers suffered over the holidays, Hasbro (HAS 0.05%) scored, backed up by toy licenses for Disney-themed movies.

Hasbro's 2019 fourth quarter, which included the 2019 holiday season, saw a 3% increase in revenue year over year, bringing the total to $143 billion, including $13 million in unfavorable foreign exchange. 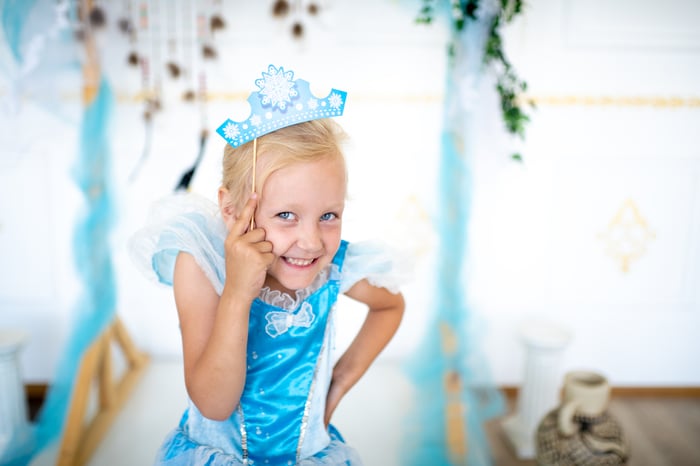 A major portion of the sales came from the company's Partner brands division, which produces entertainment-based products. Revenue increased almost 50% to $408.5 million for the quarter. CFO Deborah Thomas said "Our teams worked extremely hard and executed at a high level this holiday, driving fourth quarter and full-year revenue and profit growth while also diversifying our supply chain and preparing to close a major acquisition."

The acquisition she mentioned is eOne, which didn't go through until the first quarter of 2020, but the preparation for the deal impacted financials in the 2019 fourth quarter.

Hasbro got the license to produce Disney-themed toys in 2015 after the entertainment king pulled its licenses from Hasbro rival Mattel, with whom it had worked since 1955. "Disney Princess was probably the greatest coup that Hasbro has had in the last three decades," Gene Del Vecchio, an ad exec, told Bloomberg at that time. Four years later it's even more clear.

Mattel has been struggling, seeing declining sales over the holiday. Hasbro saw a turnaround after its own struggles nearly caused a buyout by Mattel in 1996. Then it got into movies, starting with Transformers, and has since come out as the top toy U.S. maker.