Please ensure Javascript is enabled for purposes of website accessibility
Log In Help Join The Motley Fool
Free Article Join Over 1 Million Premium Members And Get More In-Depth Stock Guidance and Research
By Taylor Carmichael - Feb 11, 2020 at 10:21AM

The company is advancing a new treatment for people with Alexander disease.

Ionis Pharmaceuticals (IONS -1.08%) announced Tuesday that ION373, a treatment for people with Alexander disease, has received an "orphan drug" designation from the European Medicines Agency (EMA). Alexander disease is a rare genetic disease characterized by abnormal protein deposits (also known as Rosenthal fibers) in the body and the destruction of the myelin sheaths (the fatty coverings that insulate nerve fibers). Its symptoms in children include an enlarged brain and head, seizures, mental retardation, and delayed physical development. Alexander disease is often fatal.

Drug development is an expensive process, but many crippling and life-threatening conditions affect such small patient populations that there's no way to find effective treatments for them profitably without government aid. To provide that assistance, governments give the drugs that treat those "orphan diseases" an easier pathway to regulatory approval, and longer patent exclusivity periods, among other benefits.

The number of people who suffer from Alexander disease is unknown, but about 500 people have been diagnosed with the disorder since it was discovered in 1949. 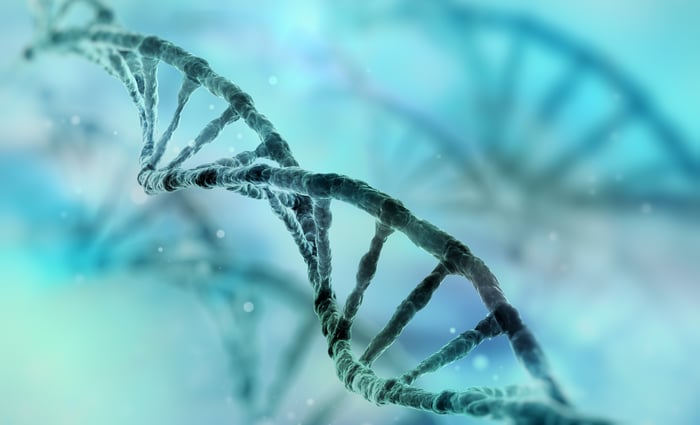 "We look forward to working closely with European regulators, clinical investigators, Alexander disease patients and their families to advance this important medicine and make it available to those who need it," said Ionis CEO Brett P. Monia. "Receiving orphan drug status reflects the urgent need for ION373, which is among a number of wholly owned, novel drugs in the Ionis pipeline that we are prioritizing."

Ionis specializes in antisense therapy, a type of gene therapy that involves synthesizing a strand of nucleic acid that will bind to the messenger RNA (mRNA) produced by the faulty gene and shut it off. Ionis has had antisense drugs approved for spinal muscular atrophy (SMA) and hATTR amyloidosis, a disease that affects peripheral nerves. The company has over 40 molecules in its pipeline, including 28 drugs that are currently in clinical trials.