The game maker's potential to expand its mobile offerings -- and revenue -- is huge.

It's official: Activision Blizzard (ATVI 0.03%) is a mobile game company. Mobile has been the largest source of the company's player pool since it acquired King Digital Entertainment in 2016, bringing the millions of people who play games like Candy Crush and Bubble Witch under its wing.

But after 150 million people downloaded Call of Duty Mobile last fall, it's becoming clear that the company has tremendous untapped potential to release mobile versions of its PC and console franchises on mobile platforms.

Increasing the audience reach for its games has been a key strategic pillar for Activision, but its monthly active users (MAUs) had been steadily declining over the last few years, falling to 316 million in the third quarter. Now, with 409 million users, Activision Blizzard is well-positioned to return to growth. 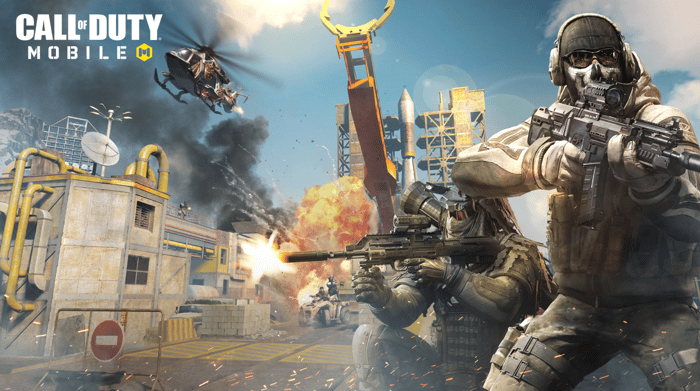 A rejuvenated player base

A year ago, management announced that 2019 would be a transition year as they cut costs in order to invest more in new content for existing franchises. The current momentum in the Call of Duty franchise reflects those efforts.

Call of Duty: Modern Warfare, which released on PC and console in October, saw unit sell-through increase by a double-digit percentage compared to the previous installment in the series. While the company doesn't report revenue for individual franchises, the Activision segment (including Call of Duty), reported revenue of $1.43 billion for the quarter, a slight increase year over year.

Further, the release of Call of Duty on mobile devices nearly tripled the Activision segment's monthly active users (MAUs). However, that increase didn't translate to a proportional jump in revenue for the segment because the mobile title is free to download.

On the Blizzard side, the launch of World of Warcraft Classic last summer has more than doubled the number of subscribers for Blizzard since the second quarter. For those who aren't aware, World of Warcraft (WoW) is a subscription-based online multiplayer title that has been around for many years, but the release of WoW Classic is creating a whole new level of interest in the game.

"The remarkable growth of the WoW community represents an important proof point of the value and potential of our established franchises," CEO Bobby Kotick said, and added, "And it has energized our development team as we develop new content for all of our key franchises."

Kotick highlighted the opportunity to monetize these new players, stating, "We have the ability to provide our audiences with a variety of ways to enjoy our content with monetization through subscriptions, premium digital purchases, digital native advertising, and a variety of other player investment mechanisms."

The advertising component will come in to play more and more over the next decade. "Franchises like Call of Duty offer advertisers a very-difficult-to-reach target," Kotick said. The game maker has been quietly developing the expertise of in-game advertising since it acquired King.

King has been ramping up in-game ads for its mobile titles. In the fourth quarter, King's advertising revenue increased by 80% year over year, likely contributing a small amount to the segment's fourth-quarter sales of $503 million. Now, Kotick wants to apply what it learned to Call of Duty Mobile's installed base of 100 million players.

"The business model for Call of Duty Mobile is free to play, which enables the rapid development of a large community of players with the option to purchase digital items and services, as well as our ability to generate advertising revenues," as Kotick explained.

To drive more growth, look for Activision to release more mobile versions for its top franchises over time. Diablo Immortal has already been announced, but other good candidates for the mobile treatment are Starcraft and Overwatch.

While management will remain committed to these titles on PC, where Blizzard has its roots, Kotick said, "We see mobile is also a way to attract players that we don't currently reach on PC and console." The upcoming release of Diablo Immortal will be Blizzard's first crack at converting a traditional PC title to mobile, but Kotick said they "think the mobile opportunity for Blizzard overall is very substantial."