Please ensure Javascript is enabled for purposes of website accessibility
Log In Help Join The Motley Fool
Free Article Join Over 1 Million Premium Members And Get More In-Depth Stock Guidance and Research
By John Ballard – Feb 12, 2020 at 10:39AM

Shares plunged after the company reported on Feb. 6, even though "Grand Theft Auto" and "Red Dead Redemption 2" continue to post impressive numbers.

Investors have gotten used to Take-Two Interactive (TTWO 0.86%) delivering good results. Grand Theft Auto Online, Red Dead Redemption 2, and NBA 2K have been consistent performers, but revenue and earnings came in below the consensus analyst estimates in the fiscal third quarter. The stock is down 12% as of this writing.

Does the quarterly miss signal that Take-Two is losing momentum, or should investors look at this as a buying opportunity? 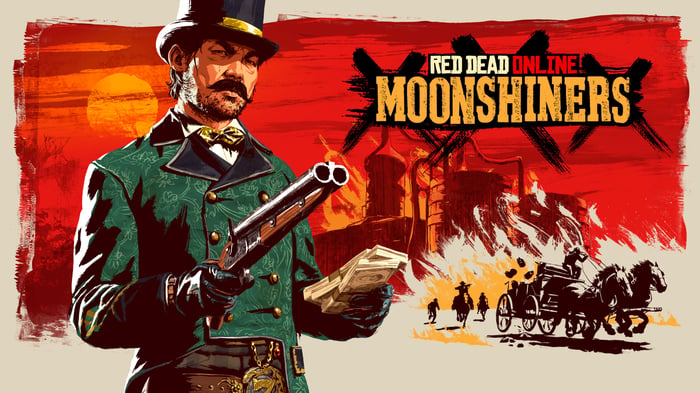 The revenue shortfall didn't have anything to do with Take-Two's pillar franchise Grand Theft Auto. The game that has now sold more than 120 million units over the last six years continues to bring in more players. Recurrent user spending on Grand Theft Auto Online grew 54% year over year during the quarter.

Likewise, Red Dead Redemption 2 "continues to gain momentum" as CEO Strauss Zelnick highlighted, "both in terms of engagement and recurrent consumer spending." Net bookings for Red Dead Online tripled year over year, as well as over the previous quarter. The latest content update for Red Dead, Moonshiners, was well received as the title hit a new peak in the number of people logging in to play.

Two culprits for the earnings miss

The two games that seem to have underperformed were NBA 2K20 and Borderlands 3.

NBA 2K20 was released in September and has sold over eight million copies to date, which is a healthy number. But recurrent consumer spending came in lower than expected, despite the game "reaching all-time highs with average daily active users growing and MyTeam users up more than 35%," as Zelnick explained.

The shortfall from NBA 2K20 doesn't seem to be a good reason to sell the stock. Spending was down last quarter, because one of the online features didn't perform as management had expected. Zelnick said, "And that's related to a design feature and one that we can address going forward."

The development team made a change to focus more on the entertainment experience of the game and not monetization. But this has no bearing on the health of the franchise. While NBA 2K20 won't set a record for sales in the series, as previous titles have done, Zelnick said that recurrent consumer spending for the NBA 2K franchise should "grow in the strong double digits for fiscal 2020."

Elsewhere, Borderlands 3 is performing fine. It also sold nearly eight million copies since launching in September. That puts the title on pace to outsell previous versions of the franchise, but management expects the game's recurrent spending to be lower than originally expected.

Management had "very high" expectations for the game as CFO Lainie Goldstein explained. The game has sold well, just not exceptionally well. "Again, this is a massive hit by any standard," Zelnick said, "But we've always said this, when we [issue guidance], we aim to be accurate."

Still in position for long-term growth

It's often the case that market participants look at the headline numbers (e.g. revenue and earnings), compare that to Wall Street estimates, and if there's a shortfall, the shares swing wildly. This is especially true with growth stocks like Take-Two.

Digging into management's comments on the earnings call, it's clear the company is doing just fine. Grand Theft Auto V and Red Dead Redemption 2 have sold more than 150 million units worldwide with more than 250 million player accounts created to date.

The full-year guidance is mostly unchanged from the previous quarter. Management raised the low end of the range for adjusted revenue (net bookings) by $50 million. Net bookings are expected to fall between $2.80 billion and $2.85 billion for fiscal 2020 (which ends in March), slightly down from fiscal 2019 due to the difficult comparison to last year's release of Red Dead.

Take-Two shares are up over 300% in the last five years, and there's been plenty of volatility along the way, but I wouldn't let those wild swings shake me out of what should continue to be a good investment in the growing video game industry.

"Take-Two is exceedingly well positioned to capitalize on the many positive trends in our industry and to generate returns for our shareholders over the long term," Zelnick said.