Please ensure Javascript is enabled for purposes of website accessibility
Log In Help Join The Motley Fool
Free Article Join Over 1 Million Premium Members And Get More In-Depth Stock Guidance and Research
By Evan Niu, CFA - Feb 12, 2020 at 11:00AM

The podcast shopping spree has now cost over $600 million.

Swedish music-streaming leader Spotify (SPOT 1.42%) made a splashy acquisition announcement alongside fourth-quarter earnings results last week: The company is purchasing The Ringer, a media outlet that primarily focuses on sports-oriented content but also includes other entertainment and pop culture topics. The deal is part of Spotify's broader push into podcasts -- The Ringer produces dozens of different podcast series that span those subjects.

Spotify did not disclose terms of the deal, which is expected to close this quarter. Here's how much the company is reportedly paying for The Ringer, which was founded in 2016 by sports commentator and personality Bill Simmons. 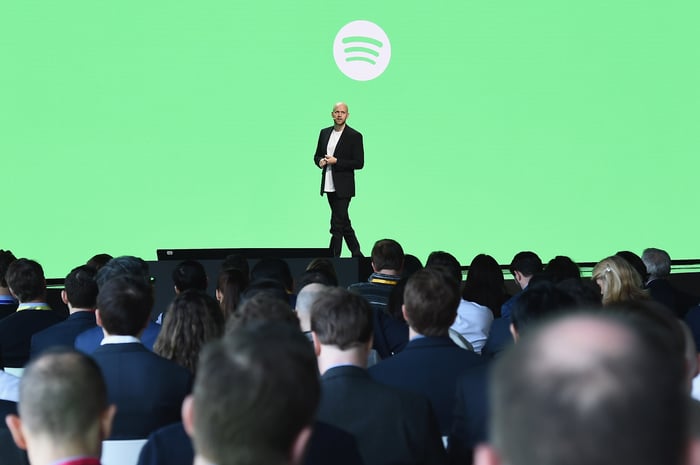 Bloomberg reports that the purchase price is 180 million euros, or nearly $200 million, up front. That will be followed by another $50 million payout at a later time. It's not uncommon for acquisitions to incorporate later payoffs, which can be tied to the acquisition target's subsequent performance or retention of key talent, among other possible conditions.

In this case, the deal requires Simmons to remain at Spotify for some unspecified period of time while providing protections for some of The Ringer's employees. One of the big strategic questions around the deal was what value or utility Spotify could derive from The Ringer's other forms of content like written articles or videos, since CEO Daniel Ek has outlined his vision for Spotify to become  "the world's number one audio platform" (emphasis added).

Spotify had already spent around $400 million in 2019 to acquire three podcast companies: Gimlet Media, Anchor, and Parcast. With The Ringer's price tag, that brings the cost of Spotify's podcast shopping spree up to $600 million to $650 million.

Spotify views podcasts not only as an expansion into another content category for its platform, but also as a way to improve its cost structure. The core music-streaming business is weighed down by hefty royalties that eat into profitability, since per-stream royalties are a variable cost that scale with usage -- artists and record labels that represent them are paid every time their music is played.

In contrast, producing exclusive podcasts entails relatively low fixed costs, and if that content can garner a broad audience, then those costs are spread across a large number of users, reducing average cost and bolstering capital efficiency. Spotify says that podcasts are driving increased engagement across both music and podcasts, while improving conversion rates of free listeners to paid subscribers.

In other words, the plan is already starting to work, so Spotify is going to continue investing heavily in the initiative. The company has cautioned that its data is still preliminary in nature, but the early indications are incredibly promising.

"Any decision to accelerate our investment in podcast and technology spend should be viewed as an indication of our belief that our strategy is having tangible results," Spotify wrote in its fourth-quarter shareholder letter (after already announcing The Ringer deal). "We have gained even more confidence in the data, particularly around the benefits from podcasts, and as a result, 2020 will be an investment year."