A brutal mix of traffic declines, inventory problems, and promotional activity has Bed Bath & Beyond off to a rough start during the fourth quarter.

Shares of Bed Bath & Beyond (BBBY -9.94%), an omnichannel retailer of home furnishings, are plunging over 26% Wednesday morning after the company released disappointing preliminary financial performance data for the first two months of its fourth quarter.

For the first two months of Bed Bath & Beyond's fiscal 2019 fourth quarter, December 2019 and January 2020, the retailer reported a 5.4% decline in comparable sales. The disappointing sales data was driven by store traffic declines, inventory management problems, and increased promotions and markdowns -- a brutal combination for the company and its investors.

Furthermore, the 5.4% comparable sales decline includes the shift of the Cyber Monday holiday week in this year's fourth quarter, while it was recorded in the prior year's third-quarter. When adjusting for that calendar shift, comparable sales for the first two months of this year's fourth quarter declined 13%. The retailer's gross margin during the first two months also declined roughly 300 basis points, due to promotional activity and markdowns. The company's sales, general, and administrative expenses (SG&A) as a percentage of net sales increased roughly 390 basis points from a combination of its sale-leaseback transaction announced in January 2020, and severance expense from its leadership shakeup announced in December 2019. 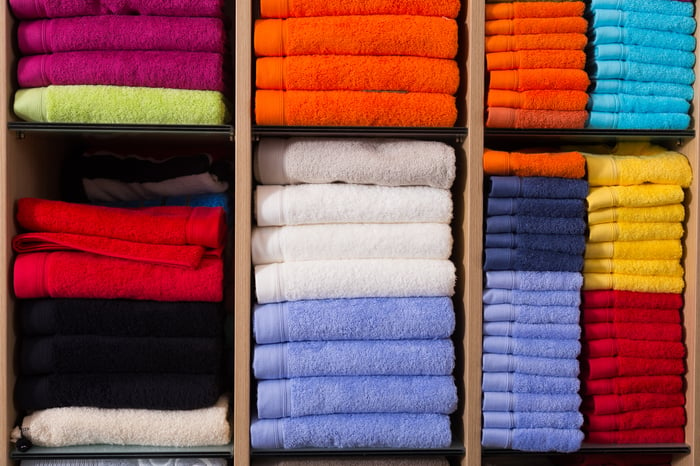 Bed Bath & Beyond President and CEO Mark J. Tritton did his best to put a positive spin on the data in a press release:

We are experiencing short-term pain in our efforts to stabilize the business, including the pressures of store traffic trends coupled with our own executional challenges. However, we did achieve a notable positive shift in sales in our digital channels during this period, with growth of approximately 20%. I believe we can solidify this growth, while also addressing the broader stabilization of our business.

Bed Bath & Beyond certainly faces challenges in its effort to return to sustainable growth in a competitive industry. It will need to rebalance its portfolio of products, cut costs, and improve its leadership group, all while navigating the continued evolution of e-commerce. Today's 26% decline emphasizes this turnaround will be difficult, but not much has changed for long-term investors who believe Tritton, who was instrumental in part of Target's turnaround, can reinvent Bed Bath & Beyond long-term.