Please ensure Javascript is enabled for purposes of website accessibility
Log In Help Join The Motley Fool
Free Article Join Over 1 Million Premium Members And Get More In-Depth Stock Guidance and Research
By Evan Niu, CFA - Feb 12, 2020 at 10:00AM

The FTC is ordering five prominent tech companies to turn over information on smaller deals that fell below reporting requirements.

Regulatory scrutiny of major technology companies has been steadily escalating over the past year, with concerns that giant corporations have become too large, wield too much market power, and could potentially be undermining competition. As part of its ongoing investigations, the Federal Trade Commission (FTC) announced this week that it is demanding additional information from five companies -- Alphabet (GOOG -1.48%) (GOOGL -1.38%), Amazon.com (AMZN -1.98%), Apple (AAPL -1.07%), Facebook (FB 0.71%), and Microsoft (MSFT 0.15%) -- regarding past acquisitions. 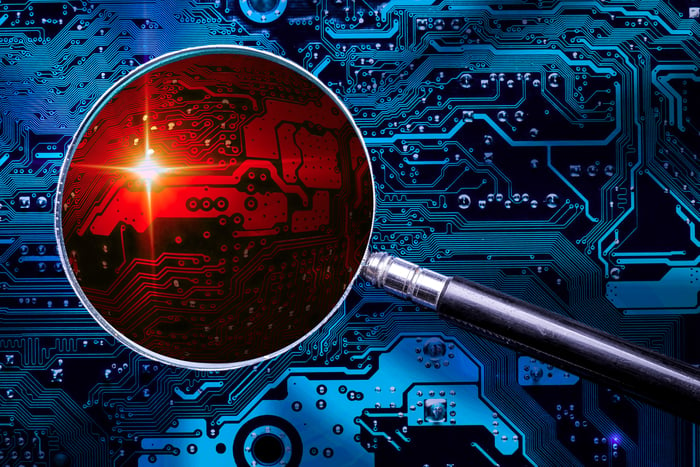 Buying under the radar

The FTC has ordered those tech juggernauts to turn over "information and documents on the terms, scope, structure, and purpose of transactions" that closed during last decade. In particular, regulators want more information on deals that fell below the official reporting threshold under the Hart-Scott-Rodino (HSR) Act. We're not talking about the big blockbuster acquisitions, but rather the deals that fly under the radar and go unnoticed by consumers, investors, and regulators alike.

The HSR Act was passed in the '70s and established a dollar threshold for the mandatory reporting to antitrust regulators. The threshold was initially $50 million but is adjusted on an annual basis. The FTC announced a couple weeks ago that the HSR threshold for 2020 is increasing from $90 million to $94 million, effective Feb. 27. Any acquisition that is below the threshold at the time of closing does not need to be reported.

The long-standing thinking has been that only larger deals have the potential to undermine competition, and establishing the threshold would reduce the reporting burden on companies engaged in M&A activity. But now the FTC is concerned that tech companies might scoop up tiny companies that could otherwise one day grow to become viable competitors.

"The orders will help the FTC deepen its understanding of large technology firms' acquisition activity, including how these firms report their transactions to the federal antitrust agencies, and whether large tech companies are making potentially anticompetitive acquisitions of nascent or potential competitors that fall below HSR filing thresholds and therefore do not need to be reported to the antitrust agencies," the agency said. The commission voted unanimously (5-0) to approve the orders.

Generally speaking, the public typically only catches wind of larger acquisitions. For example, Apple acquires a company every two to three weeks on average, CEO Tim Cook said last year. That suggests that the Mac maker buys anywhere from 17 to 26 companies per year, but Crunchbase only lists eight purchases in 2019.

Excluding its $7.5 billion acquisition of GitHub, Microsoft disclosed in its annual report that it acquired 19 smaller companies for $1.6 billion in fiscal 2019 (which ended June 30, 2019). However, the enterprise software specialist only lists 14 purchases on its acquisition history page during that time frame (these deals are listed by announcement date as opposed to closing date, but small acquisitions tend to close quickly). The average purchase price for the smaller acquisitions was $84.2 million, which just so happens to be just slightly below the HSR threshold of $84.4 million that went into effect in early 2018.

The other three companies are even more vague when discussing smaller deals:

"This initiative will enable the Commission to take a closer look at acquisitions in this important sector, and also to evaluate whether the federal agencies are getting adequate notice of transactions that might harm competition," FTC Chairman Joe Simons said in a statement. "This will help us continue to keep tech markets open and competitive, for the benefit of consumers."