Please ensure Javascript is enabled for purposes of website accessibility
Log In Help Join The Motley Fool
Free Article Join Over 1 Million Premium Members And Get More In-Depth Stock Guidance and Research
By James Brumley – Feb 13, 2020 at 10:22AM

The streaming industry pioneer had already blazed a trail and is still the go-to brand for consumers.

Admittedly, the pace of growth Walt Disney (DIS -3.20%) has seen from its new Disney+ streaming service is impressive -- it reached 28.6 million subscribers as of early this month after launching in mid-November. Rival Netflix (NFLX -1.78%) didn't amass that many streaming customers until the first quarter of 2013, six years after it began streaming shows via the internet as opposed to shipping DVDs to customers. Disney's fans and followers made a meal of the disparity, suggesting it would only be a matter of time before the company caught up with -- and perhaps surpassed -- Netflix's dominance of the streaming landscape.

If you're in that crowd, however, you may want to curb your enthusiasm just a bit. At best, a comparison of Disney+ now to Netflix then is a comparison of red apples to yellow apples. More realistically, though, it's a full-blown example of the cliche about comparing apples and oranges, for two overarching reasons. 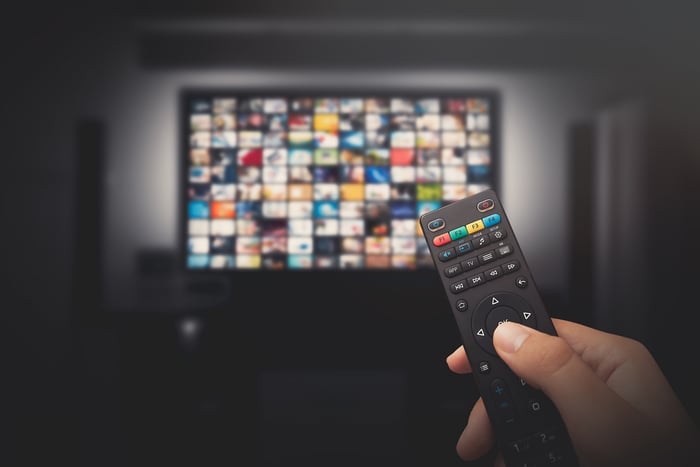 Streaming wasn't the norm then

It seems like forever ago, but as recently as 2007, consumers still embraced the idea of renting or buying DVDs and were wary of something unusual like using your computer screen as a media center. Remember, Blockbuster didn't declare bankruptcy until 2010, and Roku didn't begin to normalize set-top streaming devices until it launched its first product in 2008. And even then, uptake was slow. In its early years, Netflix's streaming service gained some customers by asking them to hang out in front of their PC screens rather than in front of their television sets.

There's also the not-so-small matter of broadband speed and penetration. Back in 2007, the typical speed of a high-speed internet connection was around six Mbps (megabits per second), and 16 Mbps was about as much as any provider would guarantee. Now, speeds ranging from 30 Mbps to 100 Mbps are the norm with some services capable of downloads at a clip of two terabytes (2,000 megabytes) per second.

Broadband adoption has also swelled in the meantime. Then, only about 44% of the United States was using broadband, compared to roughly three-fourths of the nation's households now plugged into high-speed internet connections.

In other words, Disney hasn't been waiting on consumers to catch up with the latest technologies the way Netflix did.

For the better part of last year, investors and analysts could only speculate about what might happen when Netflix was faced with such a formidable threat. Although other streaming offerings were available (like Hulu, or cable companies' own answer to cord-cutting), Disney+ was the first stand-alone, direct threat to Netflix supported by a major media company. Certainly, some consumers would make an either/or choice between the two, but how many?

As it turns out, not as many as some once feared. Cowen estimated in December that Netflix lost a fairly modest 1.1 million subscribers to Disney+, but the streaming giant still managed to add 550,000 new North American members last quarter. Given the rise of a new competitor and the sheer saturation of the market -- Netflix serves 68 million U.S. and Canadian customers -- that's not bad.

Perhaps more encouraging for Netflix investors is how much subscribers still like their service even when there's an alternative. A recent survey from Piplsay found that for consumers who had access to both platforms, only 23% said Disney+ was better than Netflix. Another 49% indicated it was as good as Netflix, while another 28% said Disney+ wasn't as good of a service as Netflix.

Other data confirms the notion that Netflix can hold its own. Bank of America, for instance, estimates the average Netflix customer watches between nine and 14 hours of content every week, versus only six to seven hours of Disney+. Although most consumers are willing to pay for at least two streaming services, Netflix still seems to be entrenched as the primary provider. Others are fighting to be the second choice.

Don't read too much into the doom and gloom predictions for Netflix. The company certainly has to worry about Walt Disney's encroachment onto its turf.

However, if the sheer pace of growth Disney+ has mustered has you thinking it's positioned to topple Netflix, think again. The right market conditions and fortuitous timing were both big contributors to its rapid expansion, but that advantage isn't going to last forever.