Please ensure Javascript is enabled for purposes of website accessibility
Log In Help Join The Motley Fool
Free Article Join Over 1 Million Premium Members And Get More In-Depth Stock Guidance and Research
By Keith Noonan – Feb 13, 2020 at 10:51AM

The entertainment leader is aiming for a bigger gaming business, and it will likely rely on partners to make it happen.

Disney (DIS -1.96%) is aiming to expand its position in the world of interactive entertainment. Sean Shoptaw, senior vice-president at the company's games and interactive experiences division, stated on Wednesday that the entertainment giant is interested in pursuing more licensing partnerships -- according to a report published by The Hollywood Reporter.

Hot on the heels of recent successes for games built around Disney-owned franchises, the company is hoping that it can help serve up additional hits by teaming with studios to adapt more of its intellectual properties (IPs). Shoptaw's presentation to game developers at the 2020 DICE Summit was an invitation to pitch new stories and reimaginings of the company's massive catalog of franchises, and it signaled a bigger push in the gaming space. 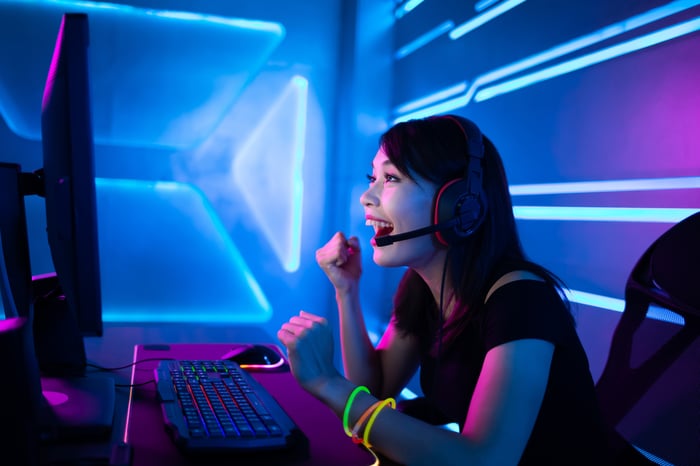 What does it mean for Disney?

Video games are an area of the entertainment industry where Disney's IPs have been underutilized in recent years. The company once ran a sizable internal game-development studio, but it shut down most internal development efforts in 2016 after sales fell for key titles and efforts to get other projects off the ground stumbled. Since then, the entertainment giant has mostly focused on partnerships with established games companies to bring its franchises to the medium.

Disney has already teamed with Electronic Arts to produce games in the Star Wars franchise, it has an Avengers game from SquareEnix set for release later this year, and Sony's Insomniac Games released a Spider-Man title last year that was a big hit and will likely get a sequel. Disney has more bankable entertainment IPs than any competitor, and video games are still a fast-growing industry -- so it makes sense that the company is looking to build its position in the space.