Please ensure Javascript is enabled for purposes of website accessibility
Log In Help Join The Motley Fool
Free Article Join Over 1 Million Premium Members And Get More In-Depth Stock Guidance and Research
By Mark Prvulovic - Feb 13, 2020 at 8:30AM

It's a question that needs to be asked now more than ever.

The past couple of weeks have been particularly hard on the cannabis sector. While many investors had hoped that revenue from Canada's 2.0 legalization would help out many companies, that hardly seems to be the case right now. Instead, it seems that the market is going to continue to be tumultuous at best.

Some of the biggest names in the cannabis sector are reporting layoffs, continued losses, resignations in senior management, and some massive goodwill adjustments. This all begs the question: Should you avoid large-cap pot stocks altogether? Let's take a look at the biggest companies in the market and see what's going on with them. 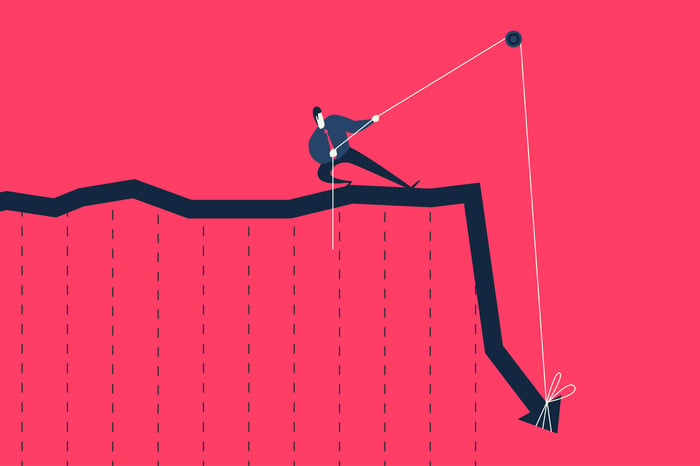 Aurora Cannabis (ACB 7.75%) stated last week it was laying off 10% of its workforce to cut costs. To make things worse, the company announced the departure of its longtime CEO Terry Booth as well as a CA$1 billion goodwill adjustment, a charge that will erase a major chunk of Aurora's value from its accounting books. Shaving a billion dollars off the company's valuation is pretty bad, but things could be worse. Considering that Aurora had as much as CA$3.1 billion in goodwill on its balance sheet before the announcement, Aurora bulls are lucky the company hasn't announced steeper adjustments.

Out of all the large-cap pot stocks on this list, Aurora might be in the worst position going forward. Even before last week's announcement, analysts said Aurora could be worth as little as $1 per share if not lower.

While Aurora is undergoing some major shifts, Canopy Growth (CGC 4.72%) went through a similar process in 2019. After reporting a staggering CA$1 billion quarterly loss and firing its iconic CEO Bruce Linton, the company has undergone significant changes. Canopy's biggest investor, Constellation Brands, has been exerting its influence in an effort to turn things around, making a number of senior leadership changes in the process. Canopy still has a lot of work to do.

Investors were disappointed when the company said it was delaying the launch of its cannabis beverage products until an undisclosed future date. Cannabis derivative products tend to have higher margins than selling marijuana itself, something that could help turn Canopy's financial situation around.

The cannabis giant reported revenues of CA$76.6 million in its fiscal second quarter for 2020. That's a big improvement from Q2 2019's CA$23.3 million in revenue, but losses have grown as well. Net losses for Canopy reached CA$374.6 million, a fair bit higher than the CA$330.6 million reported a year ago, although notably smaller than the CA$1 billion-plus loss reported back in the company's fiscal first quarter in August 2019.

Canopy appears to be in a better position than Aurora, especially given that it has CA$2.8 billion in cash and short-term assets to fund its operations. However, the fact that the company is burning through hundreds of millions of dollars per quarter amid product launch setbacks is something to be worried about. 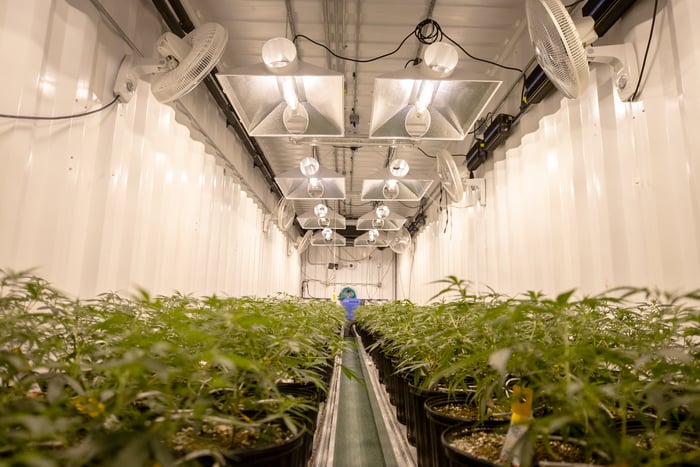 Tilray (TLRY) also announced major layoffs last week, cutting 10% of its workforce to help reduce costs. Just like Aurora and Canopy, Tilray struggles to make a profit. The company brought in $51.1 million according to its third-quarter financial results. However, net losses for the quarter came in at $35.7 million, and with just $122.3 million in cash and short-term investments, Tilray will sooner or later need to secure further funding to keep operating.

Besides the ongoing losses, the company's adult-use recreational marijuana sales have been unusually weak. The cannabis company reported just a 5.3% increase in adult-use sales from the past quarter, growing from $15.0 million to $15.8 million. That's far from an impressive figure, and weak growth in what should be a core market for the company is worth worrying about.

Cronos Group (CRON 5.42%) is an interesting case study. Many investors, including myself, have argued that the company is incredibly overvalued when looking at the financial metrics. Whereas Aurora, Tilray, and Canopy all have price-to-sales (P/S) ratios of 8.2, 12.0, and 25.6 respectively, Cronos Group trades at a seemingly staggering 77.8 P/S ratio.

Cronos is also very peculiar due to the fact that it's extraordinarily well funded, with almost CA$2 billion in cash and short-term assets. This large cash position is also a reason why the company's P/S ratio seems too high. Cronos has a market cap of CA$3.1 billion, with its CA$2 billion cash position accounting for 63.7% of the business's net worth.

While typically it's not ideal to have so much cash sitting around not doing anything, that might not be such a bad thing right now in the cannabis sector, where losses appear to be common. While the company is technically reporting a pretty big profit right now, over CA$787.9 million, that's almost entirely due to gains realized on financial derivatives that the company owns.

As for its actual cannabis business, Cronos Group remains unprofitable. The previous quarter, where the company didn't have any derivative or financial security gains, saw product revenues of just $12.7 million with a net loss of CA$7.2 million. While Cronos isn't in a financially desperate position, having enough cash to last the company potentially decades, what's uncertain is how Cronos expects to grow in the future.

Unlike Cronos, Aphria (APHA) is surprisingly undervalued, trading at only 3.1 times its P/S ratio. While there are a couple of reasons why people think the stock price has stayed so low (such as a previous scandal regarding its Latin American acquisitions), the fundamentals behind the stock remain solid.

For one, Aphria is one of the few pot stocks that frequently reports a quarterly profit. Over the past six-month period, Aphria has reported CA$8.5 million in revenue, even after considering the CA$7.9 million net loss reported in its most recent fiscal second quarter, which ended Nov. 30.

However, it's the company's international operations where things look really good. Aphria acquired a German-based pharmaceutical distributor, CC Pharma, to distribute its medical marijuana products in the country. As a separate business, CC Pharma has been a major driver of Aphria's revenue, bringing in CA$86.4 million in sales over the quarter in comparison to CA$39.8 million from Aphria's Canadian pot business.

Should you avoid large-cap pot stocks?

There aren't many large-cap pot stocks I'd recommend at this time, with Aphria perhaps being the main exception. Most other companies are struggling to keep their losses under control while also commanding unusually hefty premiums despite their sub-par performance to date.

In the current market climate, investors need to be very specific about which pot stocks they choose to invest in right now. Large-cap pot stocks, based on what we've just gone over, have a lot of problems going for them, and could very well post continued losses in the weeks and months to come as they work on sorting out their issues.