Consumer complaints against the teeth-aligner company have investors frowning.

An NBC News report that the Better Business Bureau has received over 1,800 complaints about SmileDirectClub (SDC -0.54%) caused shares in the healthcare company to tumble 16.3% on Friday.

SmileDirectClub markets clear teeth aligners to customers directly through a teledentistry platform. Consumers have flocked to the company's offering because of affordability and aesthetics, but an NBC News report today suggests some customers aren't happy. 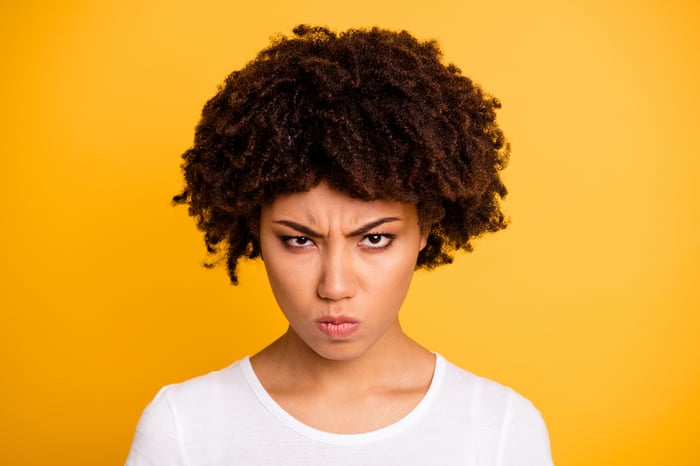 After taking an impression of their mouth using a kit or receiving a scan in one of their stores, SmileDirectClub mails consumers custom clear aligners that can be worn to straighten their teeth. The approach cuts out middlemen, reducing costs compared with traditional braces.

According to the NBC News report, however, some consumers have suffered damage to their mouth resulting in tooth loss or a change in bite, which can cause migraines. Over 1,800 complaints have been filed with the Better Business Bureau, mostly related to customer service problems, such as replacing broken aligners or speaking with one of their remotely assigned dentists.

The company says its products have helped over 750,000 people, and that troubles can arise if patients fail to follow instructions or don't follow up with their dental team.

The investigative report follows news last month that nine members of Congress requested the Food and Drug Administration and Federal Trade Commission look into the company's practices to ensure it's not misleading or harming patients.

There's no telling if SmileDirectClub's reputation will take a hit because of reports of dissatisfied customers. Its business has been brisk. In November, it reported third-quarter sales that were up 50.6% year over year to $180.2 million. That led to management predicting sales between $750 million to $755 million in 2019. Fourth-quarter results are expected on Feb. 25.

Although revenue has been jumping, profits remain elusive. Given that the company lost $0.89 per share in the third quarter, focusing on other healthcare stocks might make sense until we know for certain that complaints are isolated and there's a pathway to profitability.