Please ensure Javascript is enabled for purposes of website accessibility
Log In Help Join The Motley Fool
Free Article Join Over 1 Million Premium Members And Get More In-Depth Stock Guidance and Research
By Keith Speights – Feb 16, 2020 at 9:00AM

I've tended to lump Aurora Cannabis (ACB -12.78%) and Canopy Growth (CGC -25.60%) together as the top-tier players in the Canadian cannabis industry. And to some extent, that grouping was right. Both Aurora and Canopy lead the industry in production capacity. They both claim the highest market shares in the Canadian adult-use recreational marijuana market.

But from this point forward, I won't place both Aurora and Canopy in the top tier among Canadian cannabis producers. The two companies reported their latest quarterly results last week. And it's now abundantly clear that Canopy Growth is in a different league from Aurora. 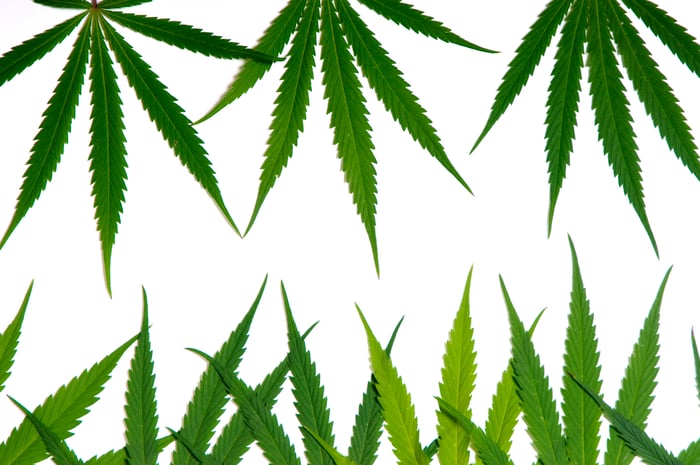 Yes, Aurora reported dismal fiscal 2020 Q2 results while Canopy Growth announced fiscal 2020 Q3 results that were much better than expected. But the differences between those updates went beyond the numbers. Aurora had excuses, while Canopy produced results.

Probably the best example of related to quarter-over-quarter revenue comparisons. Aurora's net revenue plunged 26% sequentially. Most of this decline related to the company's big adjustment for product returns and price adjustments. But Aurora also attributed its poor performance in part to "the industrywide impact from the slow pace of retail store licensing."

Contrast that with what Canopy Growth said about its 62% quarter-over-quarter jump in net revenue. The company singled out the opening of 140 new stores during its fiscal third quarter as a key factor behind its solid sales growth in the adult-use recreational market.

Keep in mind that Aurora and Canopy compete in the same markets. The companies face the same headwinds. However, Canopy appears to be navigating those headwinds more effectively than Aurora is.

One reason why Aurora Cannabis' Q2 revenue was lower stemmed from a big mistake made by the company. In December, Aurora announced that German authorities had temporarily suspended its license to sell medical cannabis in the country.

The problem was that Aurora had used radiation to kill microbes on cannabis plants without first obtaining the necessary permit to market irradiated cannabis products. This embarrassing glitch cost the company 3.2 million in Canadian dollars (around US$2.4 million) in its second quarter.

Canopy Growth capitalized on Aurora's blunder. It stated that its medical cannabis sales in Germany were "higher than expected due to opportunistic sales into the German market to fill a supply gap that resulted from a regulatory enforced sales halt of cannabis products offered by another vendor." Aurora's pain was Canopy's gain.

Meanwhile, Canopy's strategic acquisitions paid off for the company. German cannabinoid company C3, German vaporizer manufacturer Storz & Bickel, British skincare and sleep solutions company This Works, and Canadian sports nutrition company BioSteel were all bought by Canopy over the past year -- and they all contributed to organic growth for the big cannabis producer.

A big partner vs. a big hope

The biggest differentiator between Canopy Growth and Aurora Cannabis isn't a new one. Canopy already has a big partner in alcoholic beverage giant Constellation Brands (STZ -4.22%). Aurora is still only hoping to land a major partner.

This gap showed up big-time on Aurora's and Canopy's balance sheets in their quarterly updates. Aurora reported cash and cash equivalents of CA$156.3 million as of Dec. 31, 2019. Canopy's cash stockpile totaled CA$2.27 billion, including cash, cash equivalents, and marketable securities.

It's hard to overstate just how big of an advantage the relationship with Constellation gives to Canopy. The huge amount of cash is obviously an important plus. But Canopy also has access to Constellation's distribution network in the U.S. for marketing its hemp-based CBD products. Aurora doesn't even have a presence in the U.S. CBD market yet.

Sure, Aurora could find a partner. However, there wasn't a single reference to the company's efforts to do so in the Q2 conference call. Probably the closest thing to it was a brief comment by interim CEO and Executive Chairman Michael Singer that Aurora will likely look for a new CEO with experience in the consumer packaged goods (CPG) industry. Of course, Canopy already has a new CEO with CPG experience, with former Constellation Brands CFO David Klein now leading the company.

Can Aurora Cannabis be a big winner? Absolutely. It could rebound in Germany. It could achieve success in the Cannabis 2.0 market. It could find a fantastic new CEO. And, yes, Aurora could even land a big partner at some point.

However, Canopy still claims the top market share in Canada. Its revenue is growing. Its bottom line is improving. The company has a management team in place that appears to be highly competent and inspires shareholders' confidence. Aurora can't make any of these claims yet.

Like it or not, there are several tiers for Canadian marijuana stocks. The reality is that Canopy Growth is in the top tier right now, but Aurora isn't.