Please ensure Javascript is enabled for purposes of website accessibility
Log In Help Join The Motley Fool
Free Article Join Over 1 Million Premium Members And Get More In-Depth Stock Guidance and Research
By Rick Munarriz - Feb 18, 2020 at 9:00AM

The market's been in a good mood lately. There were just 387 stocks on the three major U.S. stock exchanges hitting new 52-week lows lately, less than a third the number of investments that hit new highs. 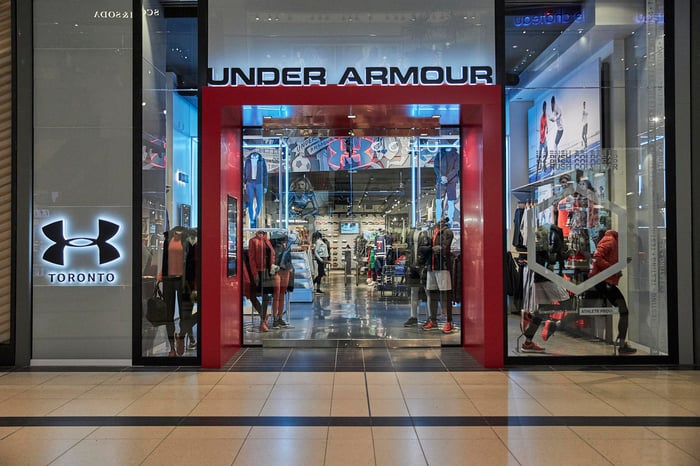 A couple years ago, Under Armour was a darling for growth stock investors. Under Armour's signature sweat-wicking performance apparel was all the rage, and its push into athletic footwear was initially applauded. But that excitement was already starting to fade before a thorny financial update last week snuffed out any prospects for a near-term turnaround.

Under Armour's 4% increase in revenue for the holiday quarter was less than what the market was expecting, but it's guidance that is crushing the bulls. Under Armour sees a decline in revenue in 2020 and a huge slide in profitability. The disruptive novel coronavirus (COVID-19) scare in China is weighing on Under Armour's near-term pessimism, but fundamentals were already in a funk. Revenue growth in the last three years has been in the low single digits.

One wouldn't expect a leading avocado grower to be hitting new lows. The popularity of guacamole and avocado toast would seem to make Calavo Growers a hot way to play the hotter fruit. Calavo has also managed to come through with its fresh financials, beating Wall Street's profit target in each of the past four quarters. It also recently expanded its operations by acquiring a fresh-cut fruit company.

However, analysts aren't very excited about Calavo's prospects for appreciation. Eric Larson at Buckingham slashed his price target on the stock last month, arguing that Calavo might be one of the fastest-growing agribusiness food companies, but the risk-reward proposition isn't very compelling in the near term. He's sticking to his neutral rating. A week earlier, it was Rob Dickerson at Jefferies initiating coverage with a hold rating. Dickerson isn't impressed by Calavo's low-margin structure and the more competitive marketplace it faces now.

We're heading into the heart of tax-filing season, but that doesn't mean that investors -- or taxpayers, for that matter -- are flocking to tax prep giant H&R Block. BMO Capital analyst Jeffrey Silber warned earlier this month that individual tax returns declined during the first week of this year's tax season, a surprise since the results are stacked up against a weak start last year due to a government shutdown and tax reform uncertainty.

With consumers flocking to free or nearly free filing solutions, it's easy to see why H&R Block isn't at the top of its game. Revenue is falling for the fourth time in the past five fiscal years.

Under Armour, Calavo Growers, and H&R Block might not stay down for long. They could bounce back, looking like turnaround candidates for value stock investors open to contrarian plays. However, all three investments have some doubts to silence before they get back on track.