This underdog of the footwear industry still can’t keep pace with its larger rivals.

On the bottom line, Under Armour reported a net loss of $15 million, compared to a profit of $4 million a year earlier, mainly due to $62 million in tax expenses and impairment charges. But on a non-GAAP basis, which excludes those one-time expenses, its earnings grew by a penny to $0.10 per share and met analysts' expectations.

Yet UA's guidance for 2020 was bleak. It expects its revenue to decline by the low single digits, with a "mid to high-single-digit decline" in its North American revenue and a $50-$60 million hit to its first-quarter sales from the novel coronavirus outbreak in China.

Under Armour expects its full-year EPS to decline 62%-71%, after excluding its tax and impairment charges in 2019, compared to analysts' expectations for 18% growth on the same basis. That dim forecast indicates that UA's battered stock won't rebound anytime soon. Let's delve into four harsh lessons investors should learn from UA's post-earnings plunge. 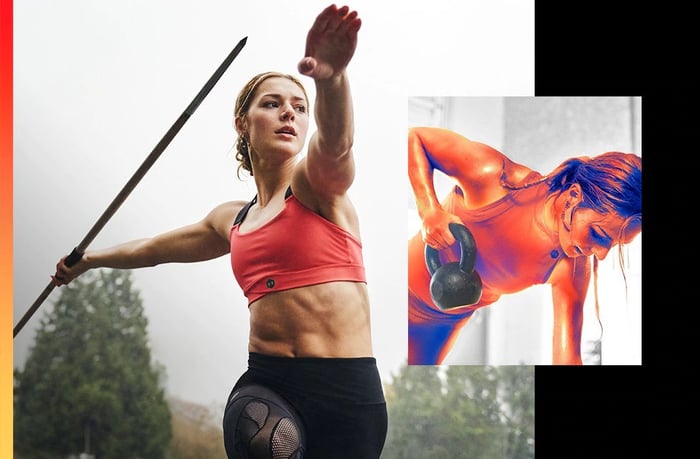 1. It can't keep up with Nike and Adidas in North America

Under Armour's revenue from North America, which accounted for 68% of its top line, rose just 1.9% annually during the fourth quarter. That ended a five-quarter streak of revenue declines in UA's largest market, but its dim outlook for 2020 suggests that growth was temporary.

By comparison, Nike (NKE -5.63%) and Adidas' (ADDYY -6.35%) grew their North American revenues 8% and 10% year-over-year (in constant currency terms), respectively, in their latest quarters. Both companies are executing multi-year growth plans that include aggressive marketing blitzes, new shoe designs, and the expansion of their direct-to-consumer channels with e-commerce initiatives and brick-and-mortar stores. UA is clearly struggling to counter those blows.

2. It's too dependent on China

UA's international revenue grew 8% annually on a constant currency basis during the quarter, but most of that growth came from its 11% growth in Asia. China is the region's core growth engine, but the coronavirus outbreak has forced Under Armour to temporarily close nearly 600 mono-branded stores across the country.

But that's not the only problem. Nike and Adidas' revenues from China rose 23% and 11% annually in constant currency terms, respectively, in their latest quarters. China's ANTA Sports also grew its revenue 40% annually in the first half of 2019, with 18% growth at its eponymous brand and 80% growth at FILA, which it sells across the Greater China region. All that competition could smother UA's fragile growth in China.

UA's gross margin increased 230 basis points annually to 47.3% during the quarter, thanks to lower discounts to its wholesale partners, a better channel mix, and supply chain initiatives. That expansion was encouraging, but a deeper dive reveals two troubling issues. 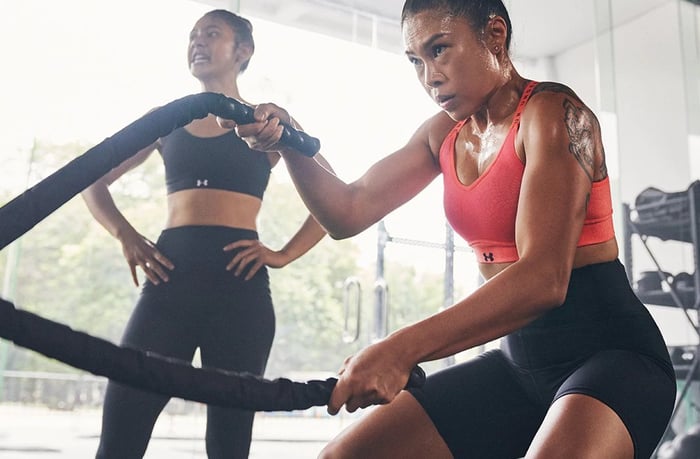 First, Under Armour boosted its margins by reducing its sales to off-price retailers, which was likely a response to the recent probes by the U.S. Security and Exchange Commission and Department of Justice regarding inflated revenue figures. UA hasn't said much about the probes, but The Wall Street Journal alleges that it dumped excess inventories to off-price retailers to boost its revenue figures in the final days of each quarter in 2016. In other words, UA boosted its gross margin by reversing that controversial strategy.

Under Armour should aggressively expand its higher-margin apparel business, which generated nearly flat growth during the quarter, to offset the lower margins of its footwear. Yet UA stubbornly refuses to expand the apparel business into the higher-growth athleisure market -- likely due to tough competition from Nike, Adidas, and lululemon athletica.

I've repeatedly warned that UA's stock was overvalued. Even today, both classes of the stock still trade at about 30-40 times forward earnings -- which are absurd valuations for a company that faces a steep earnings decline this year.

Under Armour's stock is still valued like a growth stock because investors expect its business to recover, but the headwinds are simply too fierce. UA's brand won't fade away anytime soon, but I expect its stock to decline throughout 2020 as investors stop paying a premium for its broken business.