Please ensure Javascript is enabled for purposes of website accessibility
Log In Help Join The Motley Fool
Free Article Join Over 1 Million Premium Members And Get More In-Depth Stock Guidance and Research
By Leo Sun – Sep 16, 2019 at 8:46AM

Kevin Plank claims that he wants UA to focus on performance instead of looks -- but is the company simply afraid of challenging Lululemon?

Those growth rates look comparable, but the markets are fragmented differently. Nike and Adidas dominate the athletic footwear and athletic apparel markets, while UA trails in a distant third across most markets. The performance market also relies heavily on celebrity endorsements -- and Nike and Adidas have much deeper pockets than UA.

Lululemon enjoys a first-mover's advantage in the high-end yoga apparel and athleisure apparel market. It generated double-digit comps growth over the past year by blurring the lines between fast fashion and activewear, and its gross and operating margins expanded annually last quarter, which highlights its pricing power and indicates that customers are fiercely loyal to its brand. It reinforces that lead with free yoga classes and community events. Therefore, it would be tough for UA to establish a foothold in that market and generate growth comparable to that of Lululemon. 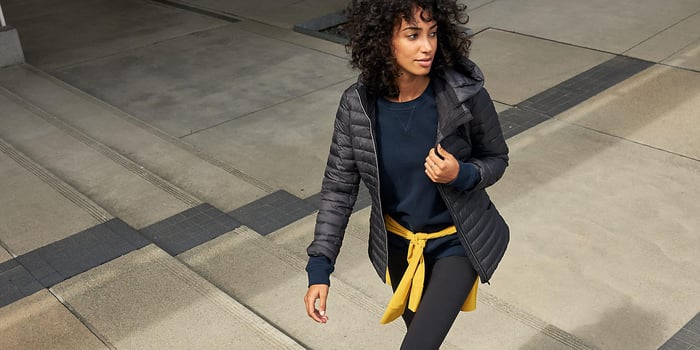 UA's direct-to-consumer (DTC) sales only rose 2% last quarter, which was anemic compared to the double-digit DTC growth at Nike, Adidas, and Lululemon in their latest quarters. Its apparel sales, which rose 5% in 2018, also dipped 1% last quarter.

Last December, UA launched a five-year turnaround plan with six core tenets: creating "innovative athletic performance" products; leveraging analytics and its fitness apps to strengthen its brand; improving its digital engagement rates; investing in the growth of its international, DTC, footwear, and women's businesses; preventing the dilution of its brand in wholesale channels; and delivering "balanced" growth by controlling costs.

It believes that those initiatives will enable it to return to a low double-digit growth rate by 2023 as it grows its EPS by a CAGR of about 40%. That sounds optimistic, but we should recall that UA also once promised to generate $7.5 billion in revenue by 2018 -- but ended up hitting just $5.2 billion.

We should also recall that Kevin Plank repeatedly promoted UA as a "tech" brand instead of a footwear and apparel brand over the past decade. However, the tepid demand for UA's products indicates that it's just another apparel brand -- and a weak one at that.

That's why UA doesn't want to compete with Lululemon

In my opinion, UA's reluctance to enter the athleisure market doesn't really have anything to do with focusing on "performance".

Instead, it's likely because UA knows that it can't beat Lululemon, which is already expanding beyond its core market of female shoppers into the menswear and footwear markets. UA can't compete against Lululemon's first-mover's advantage, its pricing power, its brand loyalty, or the strength of its DTC ecosystem, which generated 31% constant currency sales growth last quarter and accounted for nearly a quarter of its top line.

Therefore, Plank is falling back on his old arguments about UA being a performance or tech-oriented brand, which sounds sexy but ultimately means nothing. Simply put, UA just doesn't want to challenge another market leader when it can't even keep pace with Nike and Adidas in its core markets.