The news eases some, but not all, concerns about the new streaming platform in what's becoming a crowded market.

Alphabet's (GOOG 3.13%) (GOOGL 3.04%) Google has announced the first planned additions to Stadia's game selection since the streaming video game platform went live in November. Although not yet available to subscribers, they'll soon see a remastered version of Panzer Dragoon, Spitlings, the Serious Sam collection, and more on their game selection menus. Other games have been added to the library since Stadia's Nov. 19 launch, but these five are the first to be revealed.

Alphabet initially reported Stadia would offer more than 120 games before the end of 2020, including ten exclusive titles. The company has not wavered from that plan. 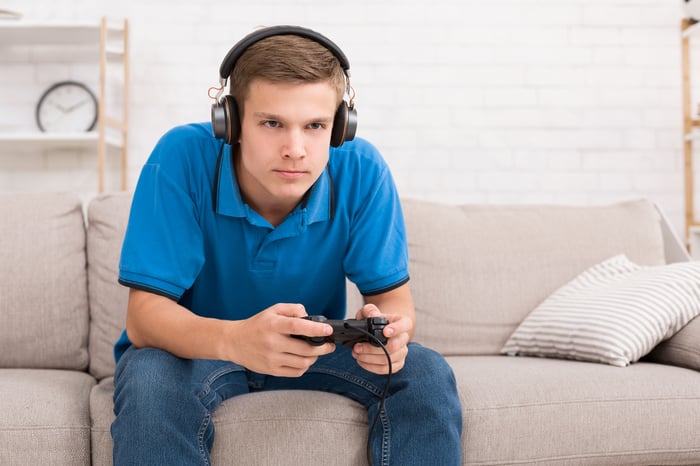 The news comes at a crucial time for the service. NVIDIA launched a similar game streaming service called GeForce Now early this month, and Sony already offered subscription-based access to games. Stadia had been criticized in the meantime, not just for its slow pace of game additions, but for the impact of slow or inconsistent internet connections that weren't sidestepped by technology meant to do so. A broadening assortment of game options stems some of the concerns that make it a tough service to sell to all gamers.

Still, the idea of offloading the computing requirements of hardcore video games to a remote server to make them playable on any device is new, with much still to be optimized. The depth of game libraries isn't all that must be addressed.

GlobalData believes the video game market could grow from 2018's $131 billion to $300 billion by 2025, with most of that growth led by streaming games played on smartphones.