Recreational pot revenue reached $9.8 million during the first month of 2020.

It's been a little more than two months since the recreational pot market opened for business in Michigan on Dec. 1, 2019. During its first month, the state reported sales of nearly $7 million and in January that rose by 40% to $9.8 million. Medical marijuana revenue also increased, from $24.9 million to $25.2 million.

Flower products dominated sales, making up nearly half of the state's total recreational pot revenue. Vape cartridge sales totaled $2.5 million in January and accounted for about 26% of all sales. That's up from December when vape cartridges had a 23% share of revenue. 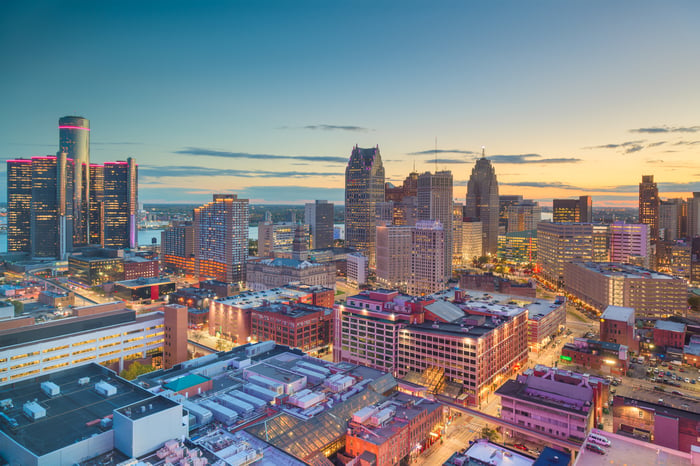 One cannabis producer looks to get in on the emerging opportunity

Harvest Health & Recreation (HRVSF) announced in January that it would enter a strategic relationship with the Harvest of Battle Creek, which has a provisioning center in Michigan. The dispensary will use Harvest Health's name and the two companies will work together on training employees and developing procedures.

Harvest Health CEO Steve White is optimistic about the deal and what's ahead in Michigan: "We're thrilled for this relationship to build our presence in Michigan at such an exciting time for the state's burgeoning medical marijuana market. With the recent start of recreational sales, Harvest is in a prime position to contribute to the market's growth and success."

Over the past 12 months, the marijuana stock has generated more than $66 million in revenue.