Shares of JELD-WEN Holding, Inc. (JELD -0.72%) declined more than 11% by 2:30 p.m. EST on Tuesday. Weighing on the window and door manufacturer was its fourth-quarter results and outlook for 2020.

JELD-WEN reported $1.07 billion in sales during the fourth quarter, which slipped 1.8% versus the year-ago period. Adjusted earnings, meanwhile, came in at $0.24 per share, which was $0.04 per share below the consensus estimate. 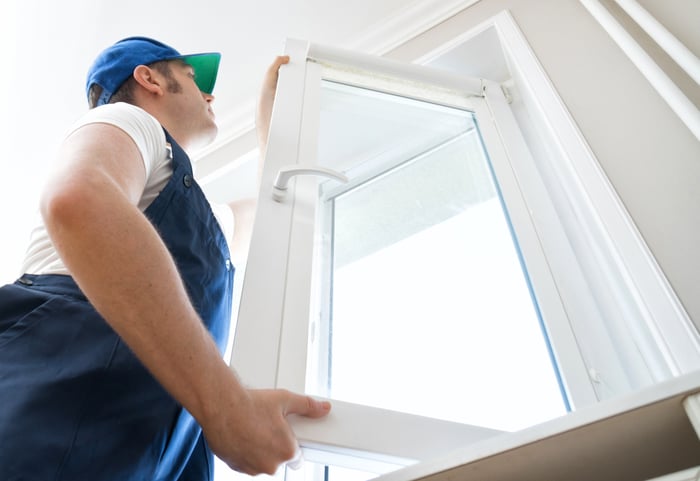 The main issue was continued weakness in the Australian new residential construction market as well as foreign currency exchange headwinds. The company also continued to battle against headwinds in the North American residential new construction market. While sales in that region rose 1% year over year, margins didn't improve as the company expected. Because of that, the company's adjusted EBITDA margin was only 8.4% during the quarter, which was well short of its long-term target.

JELD-WEN does anticipate that those markets will pick back up this year. Because of that, it sees its revenue growing by 1% to 4%. Furthermore, it expects its adjusted EBITDA to improve to a range of $450 million to $490 million, up from $415 million in 2019. In the company's view, 2020 will be an "inflection point" toward the its long-term goal of boosting its adjusted EBITDA margin to 15% of total its revenue.

JELD-WEN is far from a growth stock, given its meager revenue expectations for the coming year. However, shares of the window and door maker could bounce back sharply if it can deliver on its strategy to boost its margins and earnings. Because of that, it's a potentially intriguing turnaround stock to watch, especially after today's sell-off.