The state's tax revenue from the drug also reached an all-time high.

People in Colorado really like their marijuana. According to freshly released data from the state government, sales of legal cannabis rose by 13% to nearly $1.75 billion in 2019, a new annual record.

Higher sales mean more revenue for the state. That commerce delivered over $302 million in taxes to Colorado's coffers during the year, also a new record. 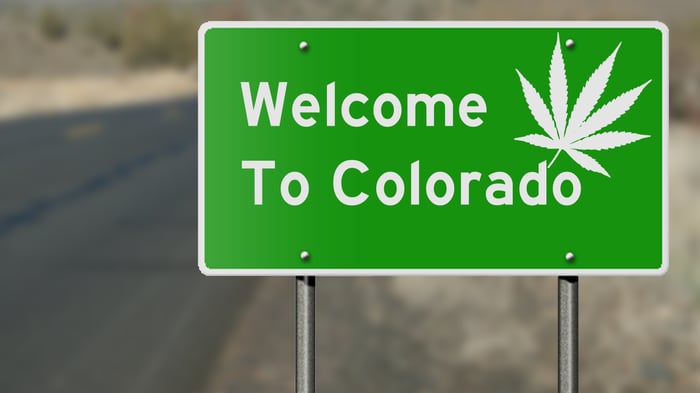 By far the bulk of those sales -- slightly more than $1.4 billion worth -- were for recreational marijuana. That was a 16% increase over 2018. With a much smaller customer base, Colorado medical cannabis sales improved by a relatively modest 2% to almost $338.5 million.

Colorado benefits not only from its permissive cannabis laws, but also from being the only state in its part of the country that has legalized recreational use. None of its seven neighboring states has done so and two, Kansas and Wyoming, still bar the drug under all circumstances.

In terms of retail cannabis, Colorado is home to many small companies and limited operators, although products from some of the more familiar operators are readily available. Among the publicly traded marijuana companies with a presence in the state are Green Thumb Industries (GTBIF -0.36%). Its Beboe product line, acquired by Green Thumb last year, is sold in a clutch of the state's dispensaries.