Please ensure Javascript is enabled for purposes of website accessibility
Log In Help Join The Motley Fool
Free Article Join Over 1 Million Premium Members And Get More In-Depth Stock Guidance and Research
By Leo Sun – Feb 19, 2020 at 8:05AM 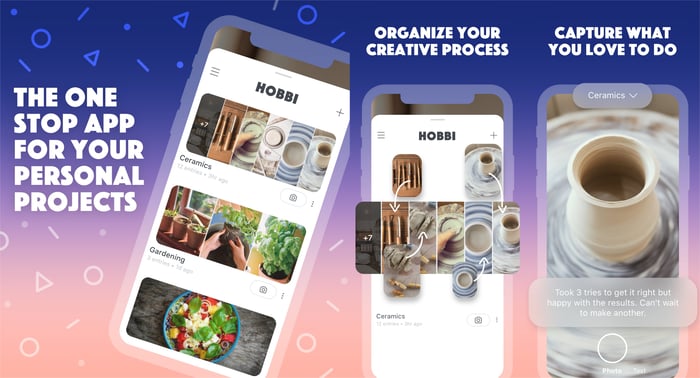 But based on that track record, Hobbi probably won't become a threat to Pinterest. Instead, it's a vote of confidence for Pinterest, and suggests that its stock could head higher over the long term.

Pinterest doesn't directly compete with Facebook, since it mainly focuses on hobbies and interests instead of personal information and social connections. However, it's gradually evolving into a threat to Instagram, Facebook's core growth engine, which reaches over a billion MAUs.

Facebook is monetizing Instagram through ads and "social shopping" features like shoppable posts and in-app checkout features. This strategy could turn Instagram into an e-commerce platform, but only 10% of Instagram's users used the app to find and shop for products, according to Cowen & Co., compared to 48% of Pinterest's users.

Pinterest recognizes its strength in product searches, so it expanded its ad offerings beyond promoted pins with multi-pin carousels, shoppable pins, app-install pins, and story pins, which let merchants add up to 20 pages of pins, text, and links. It also encouraged retailers to upload their entire catalogs to Pinterest. Why Hobbi will fade away

First, Pinterest has a clear first mover advantage in the virtual pinboard space. Other platforms, like Alphabet's Google Collections, failed to pull users away from Pinterest. Second, Facebook is approaching Hobbi as an New Product Experimentation (NPE) project instead of a full-blown effort to copy Pinterest. It previously stated that its NPE products would "change very rapidly and will be shut down if we learn that they're not useful to people" -- so Hobbi's days could already be numbered.

Lastly, Facebook's brand has been tarnished by high-profile security and privacy breaches in recent years. Pinterest also faced problems with data breaches before, but it doesn't store as much personal data and hasn't been stigmatized like Facebook yet.

Hobbi will likely suffer the same fate as Lasso and Facebook's other half-baked projects. Oscar Wilde once claimed that "imitation is the sincerest form of flattery that mediocrity can pay to greatness" -- so Facebook's decision to clone Pinterest should be considered a vote of confidence instead of an imminent threat.