CVS has seen remarkable gains over the trailing twelve months, mostly thanks to its nearly $70 billion purchase of Aetna at the end of 2018. Should investors buy now?

Investors were waiting with bated breath when CVS Health (CVS -1.86%) released its Q4 earnings on February 12. The company had an excellent Q3, due in no small part to its ongoing revenue surge following the acquisition of Aetna in November 2018.

When CVS purchased Aetna, the merger stood as the biggest health insurance transaction to date. CVS is the largest pharmacy chain in the country, with over 20,000 stores across the U.S. At the time of the deal, Aetna was among the top three largest health insurance companies in the nation. 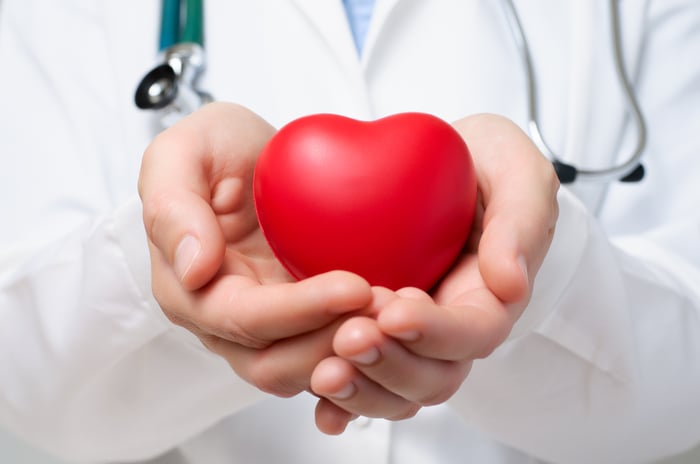 Some shareholders worried that this merger would inevitably cause problems in the company's financial performance, as such monumental changes are rarely accompanied without some kind of operational hiccup. The good news is, if investors had any concerns about the future of CVS closing out Q4, the company's latest earnings statement should put those worries to rest.

Here's an update on Q4 and the investor outlook for the year ahead.

CVS beat out analyst's estimates for Q4,  generating nearly $67 billion in sales as opposed to the $63.97 billion that was originally forecast. The company's operating income also grew by 1.3% to just under $4 billion in the final three months of the year.

Much of this growth can be attributed to the CVS-Aetna merger. At the start of last year, CVS initiated an operational shakeup, relegating Aetna's special drugs and mail order sectors to Pharmacy Services from Health Care Benefits. In Q4, Pharmacy Services earnings grew to just over $37 billion for an impressive increase of roughly 6%.

The Health Care Benefits segment also experienced restructuring at the start of last year when it took over CVS's SilverScript Medicare Part D plan from Pharmacy Services. This reorganization paid off, with Health Care Benefits bringing in roughly $17 billion in earnings in Q4 alone. The division nearly tripled its earnings compared to the final quarter of 2018, when Health Care Benefits revenues were just over $6 billion.

Same-store revenues increased by about 3% in the last three months of 2019, with the company's retail division scoring profits of $22.5 billion. Gross profit rose to nearly $25 billion, representing an astounding increase of 79.1%. CVS also enjoyed adjusted earnings per share that exceeded Q4 estimates at $1.73 per share as opposed to the anticipated earnings of $1.68 per share.

Looking at 2019 as a whole, the company's full-year earnings rose by 32% with total revenue just under $257 billion.

The company raised its guidance for 2020

CVS currently has a dividend yield of 2.8% and shares have climbed by over 13% in the past year. Right now, the company's shares are well-priced, lingering around $70 with a 52-week high around $77 at the end of 2019.

So far, the company's strategic amalgamation with Aetna has turned into a veritable gold mine. Given CVS's recent and continued successes on a quarterly and year-over-year basis, 2020 could be one of the best the company has seen yet.

If you currently own shares of CVS, this is a long-term investment to retain in your portfolio. Likewise, if you've been on the fence about investing in CVS stock, now looks like an excellent time to buy.