On Monday, Apple (AAPL -1.51%) confirmed what analysts already feared: The novel coronavirus outbreak will cause second-quarter revenue to come up short of guidance because iPhone supplies have been interrupted while demand in China has dried up.

Three weeks ago, Apple said it expected net sales between $63 billion and $67 billion for the quarter, and noted that the broad $4 billion range reflected uncertainty about the effects the virus would have. But on Monday, it updated the outlook to say even that was too ambitious. 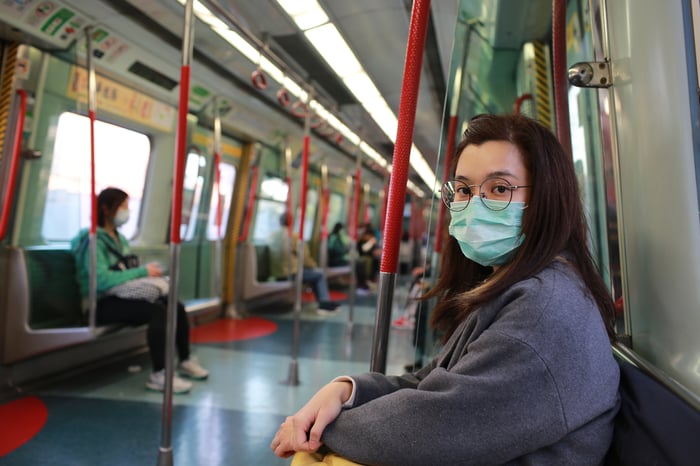 "We are experiencing a slower return to normal conditions than we had anticipated," the company said in a news release. "As a result, we do not expect to meet the revenue guidance we provided for the March quarter."

It blamed the virus for a global constraint on iPhone supply as well as a slower return to normalcy than anticipated. It also warned that demand in China for its phones was down considerably. Apple didn't provide a financial estimate of the coronavirus' impact.

Analysts suspected this would happen. Businesses and industries that have any sort of tangential relationship to China's factories have been scrutinized for what the potential effect would be on their operations.

Just last week, though, market researchers at IDC predicted a sharp drop in smartphone shipments from China this quarter. But where Apple is assuring the disruption is only temporary, IDC says the turmoil may ripple out for a lot longer.

It said that it expects China's smartphone shipments to drop more than 30% year over year in the 2020 first quarter, "not to mention create uncertainty in product launch plans, the supply chain, and distribution channels, in the mid and long term."

That warning also hints at a delay in what was supposed to be Apple's new low-cost iPhone that had been scheduled to be revealed next month.

The key to regaining momentum

As sales have suffered from consumer fatigue over $1,000 iPhones, Apple has begun lowering the price of smartphones. Last September, it cut the price of the iPhone 11 to $650 even though it had new, enhanced features, and it was due to unveil a new cut-rate iPhone in March, its first bargain iPhone since the SE.

Bloomberg reported Apple had been scheduled to begin production on it this month in a bid to become more competitive in fast-growing but price-sensitive emerging markets like India. With Android phones below $200 flooding the market, Apple was having a difficult time gaining traction.

The new iPhone has been dubbed the "SE 2" by at least one analyst, though Japanese site Mac Otakara suggests it might be called the iPhone 9 since that number was skipped over by Apple. It's expected to have a design similar to the iPhone 8, which sells for $450. The iPhone SE debuted at $400 in 2016.

Factory workers at Asian manufacturers Foxconn, Pegatron, and elsewhere who had been scheduled to return to work on Feb. 10 were notified that the Lunar New Year holiday was being extended. While Hon Hai Precision Industry (Foxconn's official corporate name) was officially resuming production on that date, workers from outside the province where its factory is located are being sequestered for an additional 14 days.

Apple was already facing slowing demand in China. IDC says iPhone shipments dropped almost 10% to 32.8 million last year, and though it wasn't as bad as most other competitors, and its fourth-quarter shipments jumped almost 5% likely as a result of the iPhone 11, China is not the go-to growth market it once was.

The coronavirus outbreak is going to dampen that even further, so despite Apple's assurances of a temporary shortfall, the implications for annual revenue could be much stronger.