You might call Bausch Health Companies (BHC 3.84%) the "comeback kid" of the healthcare sector. After losing 87% of its market cap between 2015 and 2018, Bausch delivered a strong performance in 2019 as its shares skyrocketed 62% higher.

But the company's momentum has waned so far in 2020. And Bausch Health's announcement of its fiscal 2019 fourth-quarter and full-year results before the market opened on Wednesday isn't likely to help spark a rebound. Here are the highlights from the company's Q4 update. 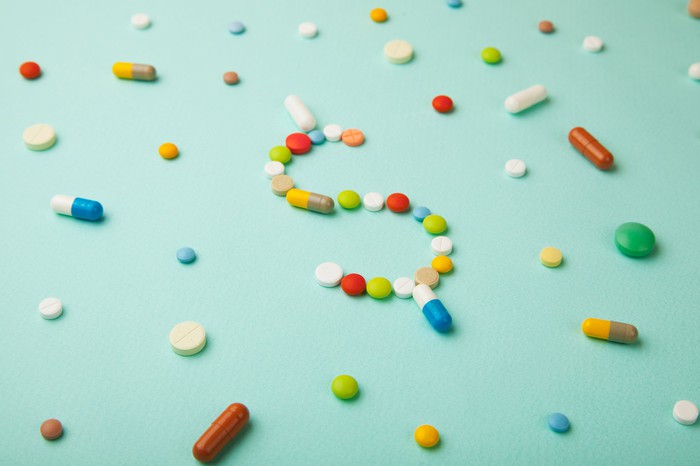 The company reported a net loss of $1.15 billion, or $4.30 per share, based on generally accepted accounting principles (GAAP). This reflected significant deterioration from the GAAP net loss of $344 million, or $0.98 per share, recorded in the same period in 2018.

Bausch's adjusted non-GAAP net income in the fourth quarter totaled $404 million, up 10% year over year. This translated to adjusted earnings per share (EPS) of $1.12. The consensus Wall Street estimate was for Bausch to post earnings of $1.15 per share in Q4.

The best news for Bausch Health in the fourth quarter was the performance of its Salix segment. Revenue for this segment jumped 21% year over year to $517 million in Q4, driven by strong sales growth for Xifaxan.

Bausch's biggest moneymaker, though, is its Bausch + Lomb international segment, where revenue increased 3% year over year in Q4 to $1.238 billion. The company attributed this growth primarily to its global consumer, global surgical, and global vision-care businesses.

The story wasn't quite as good for Bausch Health's ortho dermatologics segment. Ortho dermatologics revenue slipped 1% year over year to $158 million in the fourth quarter. This decline stemmed largely from the loss of exclusivity for Elidel cream, Zovirax cream, and Solodyn.

But the worst news for Bausch came from its diversified-products segment. The company reported revenue for this segment fell 6% year over year to $311 million due to loss of exclusivity for multiple products.

Bausch Health's wider generally accepted accounting principles (GAAP) net loss in Q4 stemmed primarily from the accrual of legal reserves set up for the resolution of litigation. These items were adjusted out of the company's non-GAAP earnings per share (EPS) figure.

Bausch expects that revenue for full-year 2020 will be between $8.65 billion and $8.85 billion. The company anticipates adjusted earnings before interest, taxes, depreciation, and amortization (EBITDA) in a range between $3.50 billion to $3.65 billion.

The company now has several new products on the market that should help drive growth. It also plans to launch Arazlo, a topical treatment for acne, in the first half of this year.

Perhaps the biggest wild card for Bausch Health right is the same one for all pharmaceutical stocks: the U.S. presidential election. With several Democratic presidential candidates proposing massive changes to the U.S. healthcare system, the stocks of drugmakers could be especially volatile in 2020.