Shares jumped after the nursing home operator issued upbeat guidance, but is the bullish move warranted?

Following a better-than-expected earnings report, shares of Brookdale Senior Living (BKD -8.47%), an operator of nursing homes, rose 21% as of 1:46 p.m. EST on Wednesday. 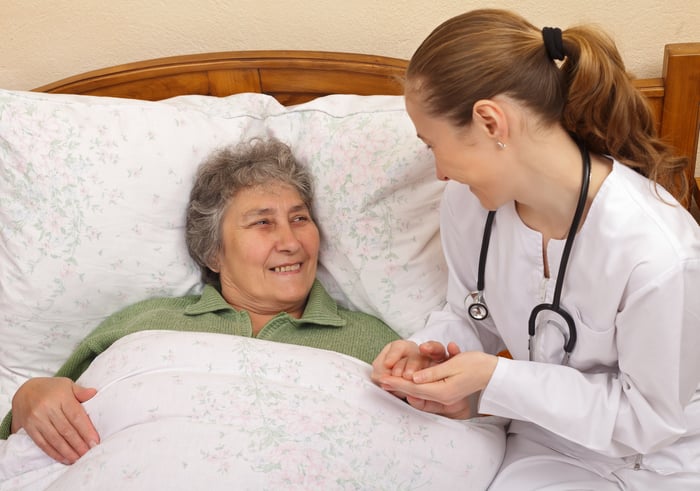 While the quarterly results didn't look too great, traders appear to be reacting favorably to the upbeat guidance.

In theory, the gradual aging of the population should put the wind at the back of healthcare companies like Brookdale. However, the reality is that running senior living facilities is both hard and expensive, which puts the company in a difficult position. That's why my plan is to avoid Brookdale's stock for the foreseeable future, and focus my time and capital on companies with better growth opportunities.