Shares of the office-furniture retailer dipped after a weak earnings report.

Shares of Knoll (KNL) were falling today after the interior-decorating specialist turned in a subpar fourth-quarter earnings report. As a result, the stock was down 13.8% as of 12:09 p.m. EDT. 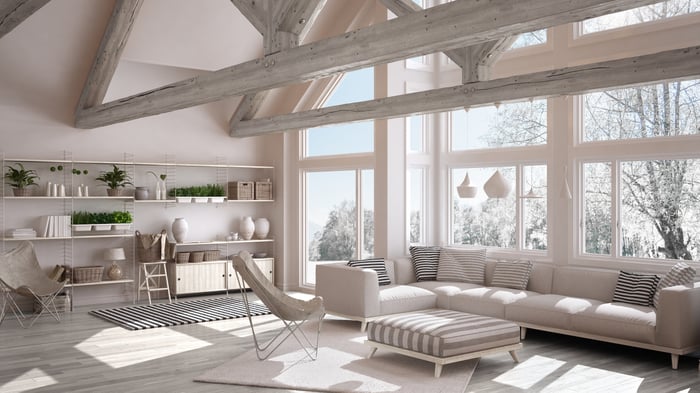 Operating profits in the company's lifestyle segment fell from $26.2 million to $19 million, as a greater portion of sales went through its dealer network, and adjusted earnings per share declined from $0.57 to $0.52, below the analyst consensus of $0.63.

Though management acknowledged that sales decelerated in the second half of the year, it also struck an optimistic tone, saying, "Positive secular drivers and impactful on-trend acquisitions from Muuto to Fully, as well as organic investments in new products and expanded sales and marketing capabilities should, we believe, allow us to continue to grow faster than the markets we serve in 2020."

Looking ahead, Knoll said the market is expected to grow 2% in 2020 and the company is targeting a mid-single-digit revenue-growth rate. It also sees gross margin expanding by 20 to 30 basis points due to cost-savings initiatives and lower commodity prices. On the bottom line, it called for adjusted earnings before interest, taxes, depreciation, and amortization (EBITDA) margin expansion to moderate but is still targeting 15% in 2021.

Wall Street will likely dial down its 2020 forecast based on those numbers, which helps explain why the stock is down double digits today.