Please ensure Javascript is enabled for purposes of website accessibility
Log In Help Join The Motley Fool
Free Article Join Over 1 Million Premium Members And Get More In-Depth Stock Guidance and Research
By Keith Speights - Updated Feb 20, 2020 at 10:52AM

The hospital operator handily beat expectations with its Q4 results.

Shares of Community Health Systems (CYH 3.72%) were soaring 31.2% higher as of 11:16 a.m. EST on Thursday. The huge jump came after the hospital operator announced its 2019 fourth-quarter and full-year results following the market close on Wednesday.

Community Health reported Q4 net operating revenue of $3.286 billion, topping the consensus Wall Street estimate of $3.18 billion. The company posted adjusted earnings per share of $0.40, well above the average analysts' estimate of an adjusted net loss of $0.46 per share in Q4. 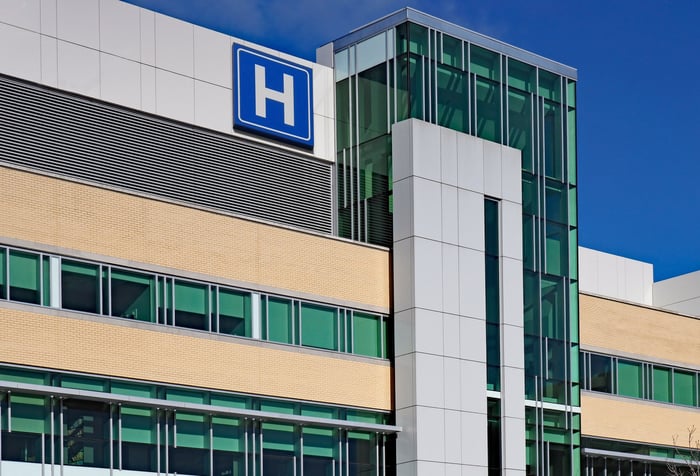 Although these divestitures have caused revenue to slide, its remaining hospitals are performing very well. Same-store adjusted admissions increased 1.8% year over year. Same-store net operating revenue in Q4 jumped 3.7% higher than the prior-year period total. Those might not seem like big numbers, but in the hospital business, they're significant.

It's not surprising that Community Health Systems CEO Wayne T. Smith highlighted these improvements in his comments about the company's Q4 results. He said, "Our successful divestiture program, along with strategic growth initiatives in our core portfolio of markets, has driven better results, including improved same-store volume and net revenue growth in 2019."

Can the healthcare stock's tremendous momentum continue? That remains to be seen. However, Community Health could slim down even more to boost its revenue and profitability per hospital.

The company has entered into agreements to sell two hospitals in deals that haven't yet been finalized and could pursue additional opportunities to sell other hospitals. Community Health stated that it's in discussions with multiple third parties that are potentially interested in buying these hospitals.