Shares of the flooring specialist surged as a bullish argument sparked a wave of buying.

Shares of Lumber Liquidators (LL -3.72%) were moving higher today after an investor on Reddit laid out a bullish case for the stock that sparked a rally. The stock finished the day up 18.6% as a result. 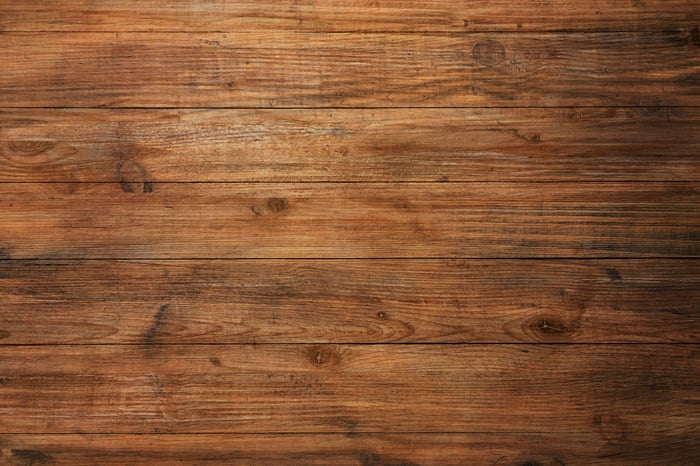 A poster on Reddit argued that Lumber Liquidators, which is still reeling from the 60 Minutes investigation in 2015 that revealed some of the company's flooring product contained greater-than-legal amounts of formaldehyde, argued that the company had significant turnaround potential as the housing market is bouncing back due to tight housing supply and low interest rates.

The Lumber Liquidators bull also noted that homebuilder indexes were at all-time highs and that the stock is heavily shorted, setting up an opportunity for a short squeeze.

This trader encouraged others to buy calls and scoop up the stock ahead of earnings on February 25, and many followed his lead as the stock peaked shortly before 2 p.m EST at $10.61, up 30.2%, before closing at $9.69.

Lumber Liquidators has been a slow-growth stock over the last few years and is only marginally profitable on an adjusted basis. Though management raised full-year guidance in December, that was due to a change in the government's China policy, which led Lumber Liquidators to receive $25 million back from the federal government for tariffs that have been reversed retroactively.

Though this represents a victory for Lumber Liquidators, it's not a reason to bet on the company's sudden turnaround. Expect the stock to remain volatile through earnings next Tuesday, as day traders are clearly looking to make a quick score on the stock. Today's trading volume was about eight times the normal level, and the stock gained another 3.6% after hours, which indicates that the stock is likely to be erratic.