Which of these dominant consumer brands is the better buy today?

Investing in proven consumer brands is a time-tested way to protect and grow the value of your stock portfolio. Shares of Walt Disney (DIS -2.00%) and Nike (NKE -0.36%) have outperformed the broader market over the last 10- and 20-year periods. These leaders in entertainment and athletic apparel don't need an introduction. Combined, these companies generated $115 billion in revenue over the last year ($75 billion for Disney and $40 billion for Nike).

So, which stock is the best investment from today's price levels? We'll start by comparing the two on recent growth and valuation before looking at the qualitative aspects of both companies. 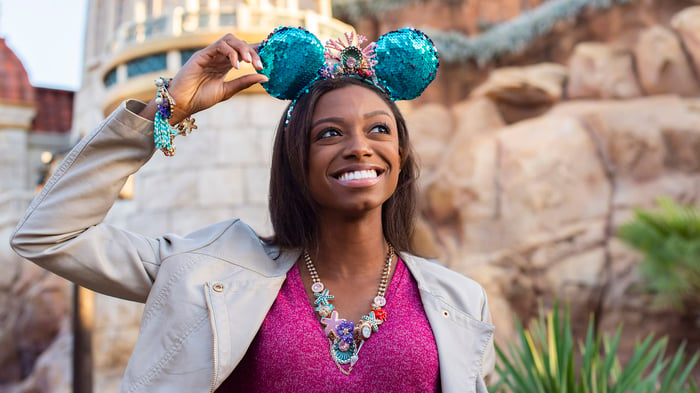 Growth is where the rubber meets the road

The growth comparison between Disney and Nike is somewhat distorted because of Disney's recent consolidation of the assets it acquired from Twenty-First Century Fox (now called Fox Corporation) last year.

In the most recent quarter, Disney revenue increased by 36% year over year, boosted by the acquisition. But investments in digital streaming services caused total operating profit to increase by just 9%. Wall Street analysts expect Disney to post revenue growth of 17.1% in fiscal 2020, with growth slowing to 6.7% in fiscal 2021. Earnings are expected to rise 3% annualized over the next five years, as management doesn't expect Disney+ to reach profitability until fiscal 2024.

On the other side, strong demand for sneakers has driven stellar results at Nike. Revenue climbed 10% year over year last quarter, with earnings soaring 35%. Nike continues to see robust growth in digital sales, both online and through the SNKRS app. Investments in radio-frequency identification (RFID) technology and other initiatives are improving inventory efficiency and boosting margins, which is leading to tremendous gains on the bottom line. Analysts expect Nike to grow earnings about 16% annualized over the next five years, which is consistent with management's long-term outlook.

Nike is the winner on growth, since Disney got some help from the addition of Fox's entertainment properties. However, you must pay up for Nike's faster growth rate. The sneaker giant sports a price-to-earnings (PE) multiple of 35.8, which is noticeably higher than Disney's PE of 23.7.

On a forward-looking basis, the difference is not as wide. Nike's forward PE of 29.3 seems justified relative to its underlying earnings growth. Disney's forward PE of 22.9 looks high for a company that may see its earnings pressured over the next five years as management invests heavily in original content for Disney+. But we should remember that Netflix has delivered stellar returns to investors even while reporting lumpy earnings at times.

Still, with so many moving parts to Disney's business with the addition of streaming, the stock could be difficult for investors to value over the next few years. While neither stock looks undervalued, I would say both stocks are valued appropriately given recent growth and expectations. 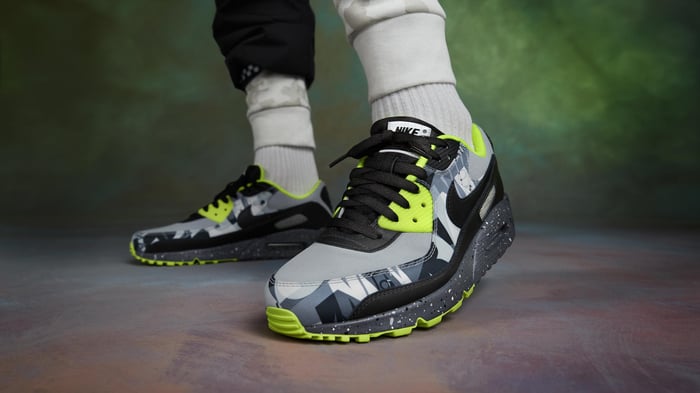 This is a close comparison. It would be easy to make a strong case for buying either of these growth stocks right now.

One factor that may lead some investors to favor Disney is that the House of Mouse doesn't face competition the way Nike does. Nike faces lots of competition. A few years ago, Adidas' new Boost cushioning technology took market share away from Nike.

However, Nike has been facing competition from Adidas and several other brands for decades, yet the stock is still up 2,810% over the last 20 years, which handily beats Disney's return of 295%.

While Nike faces some downside risk if a severe recession were to hit consumer spending, Disney faces a similar risk with advertising spending for its media networks, as well as potentially lower traffic to Disney World. Media networks and theme parks make up most of Disney's annual revenue.

As Disney grows its streaming business, the shares still offer additional upside from here, but one reason I would favor Nike right now -- other than the fact it's growing earnings faster -- is that it's simply an easier business for most investors to understand. Footwear makes up two-thirds of Nike's business, with sales of apparel and sports equipment comprising the balance.

Plus, there is no company in the world that has mastered the art of marketing like Nike. With innovation and eye-catching designs, Nike has created a booming resale market for sneakers that is valued at $2 billion. Nike dominated the top 10 best-selling sneakers chart in 2019, and many of the most highly sought-after sneakers on the resale market are Nike's. This drives more demand for future releases.

I own shares of Disney, but if I was allocating new money today between these two stocks, I would start a position in Nike. The swoosh gets the nod as the better buy.