The world's biggest restaurant chain's newest product lets consumers enjoy the smell of a Quarter Pounder without the calories.

Fast food powerhouse McDonald's (MCD -0.80%) has cooked up something special for its fans. While they may not be able to replicate the restaurant chain's food and flavors at home, new scented candles from the company will soon allow consumers to recreate the smells wafting under the golden arches. 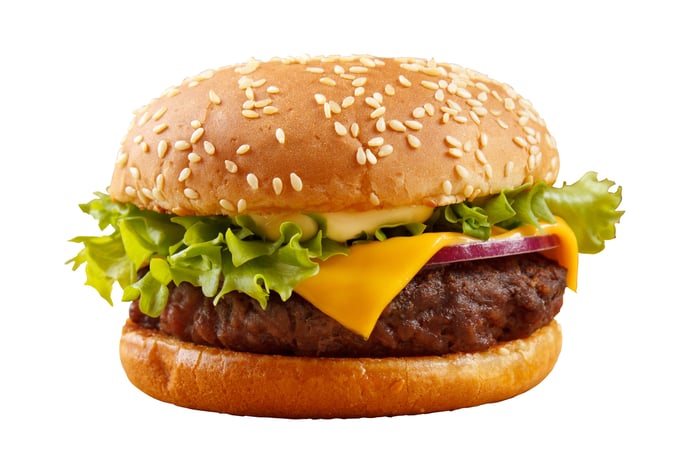 Although not yet released, the official McDonald's swag site goldenarchesunlimited.com has already prepared a product page for sets of six custom-scented candles, each meant to produce the smell of a Quarter Pounder's main ingredients. When burned together "for maximum deliciousness," they (should) collectively smell like the version of the burger bought at its restaurants.

The six candle set has not yet been priced, and the ordering site only says the candles are "coming soon." But other merchandise is already available to members of the so-called Quarter Pounder Fan Club, such as a 2020 calendar that sells for $25, and a $15 Big Mac writing journal. Unfortunately, the "Quarter Pounder with Love" locket is currently sold out.

McDonald's isn't the first fast food outfit to introduce food-scented candles, however, in an effort to beef up waning sales. KFC, part of the Yum! Brands restaurant network, unveiled a fried chicken scented candle in 2016. Even stranger was the 2015 release of Burger King-branded cologne. Though only offered for a short time and only in Japan, interested consumers could smell like flame grilled meat.

With six differently scented candles meant to be burned in unison though, McDonald's latest addition to its non-food menu is arguably the one of the most ambitious non-food branding endeavors the quick service restaurant industry has taken on.