Please ensure Javascript is enabled for purposes of website accessibility
Log In Help Join The Motley Fool
Free Article Join Over 1 Million Premium Members And Get More In-Depth Stock Guidance and Research
By Eric Volkman - Feb 23, 2020 at 11:51AM

The bill is the latest indication of changing attitudes towards marijuana legalization in the U.S. South.

The Kentucky House of Representatives approved a medical marijuana legalization bill on Thursday. The vote was 65 representatives in favor, with 30 against. The bill now goes to the state's Senate for approval; if it passes in that chamber and is signed by Governor Andy Beshear, it will become law.

The news comes barely a week after the proposed law overwhelmingly passed in the House's judiciary committee. 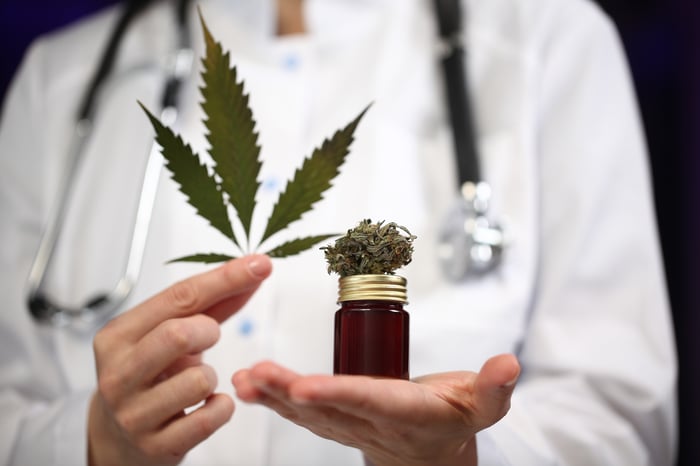 Meanwhile, a similar bill is also rapidly moving through the Alabama legislature.

Both developments indicate a potential thaw in the approach of southern states to marijuana legalization. Unlike other regions in the U.S., no southern state permits both recreational and medical cannabis. In fact, three states in the region -- Alabama (at present), South Carolina, and Tennessee -- bar all forms of the drug, and have never decriminalized it.

Even their first steps toward medical marijuana legalization seem tentative. Both Kentucky's and Alabama's bills are restrictive compared to medical cannabis laws that have been passed in other states.

In Kentucky's case, prescriptions of the drug would be limited to a number of ailments determined by a state regulatory board. And like Alabama's bill, Kentucky's does not permit the sale of cannabis products that can be smoked.

In the most likely scenario, big marijuana companies would try to crack the Kentucky market if the bill ultimately passes into law. Green Thumb Industries (GTBIF -2.29%) and Cresco Labs (CRLBF 1.10%) are both based in neighboring Illinois, and have enjoyed robust business in their home state. Making a push across the border would be a sensible move, although neither Green Thumb nor Cresco has indicated plans to do so.

On Friday, Green Thumb stock dipped by 3%, while Cresco rose by slightly over 1%.