Please ensure Javascript is enabled for purposes of website accessibility
Log In Help Join The Motley Fool
Free Article Join Over 1 Million Premium Members And Get More In-Depth Stock Guidance and Research
By Brian Feroldi – Feb 24, 2020 at 11:16AM

Shares of NGM Biopharmaceuticals (NGM -2.85%), a clinical-stage biotechnology company, jumped as much as 41% on Monday morning. The stock was up about 19% as of 10:52 a.m. EST. The double-digit boost is a response to the release of encouraging data from a phase 2 clinical trial.

NGM reported results from its 24-week phase 2 trial that was testing its experimental drug called aldafermin as a hopeful treatment for non-alcoholic steatohepatitis (NASH).

Here are the key takeaways from the trial: 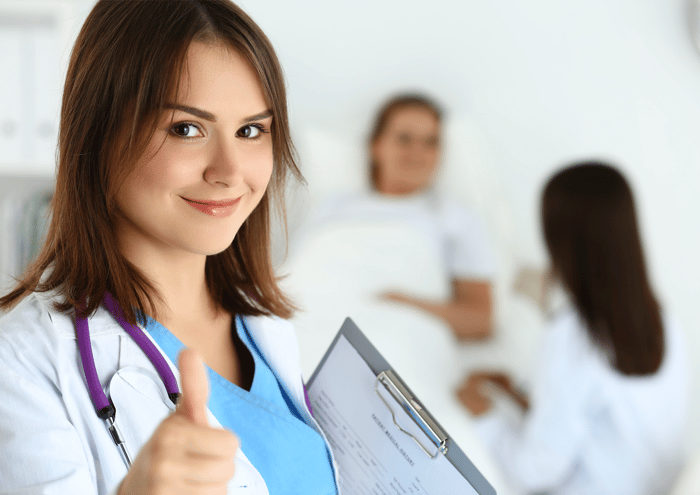 Dr. Stephen A. Harrison, the principal investigator on the study, said:

To my knowledge, aldafermin is the first drug to demonstrate a robust, statistically significant effect of greater than 20% of patients achieving the FDA composite regulatory endpoint of fibrosis improvement and resolution of NASH versus placebo, as well as show an impressive impact on both of these endpoints independently. These preliminary results are remarkable and show that aldafermin's rapid and profound effect across all histological measures of NASH previously seen at 12 weeks is sustained, and also suggest that extended treatment may lead to further improvement in liver health. Moreover, these data further strengthen aldafermin's potential as a transformative monotherapy for NASH patients with established fibrosis.

This news should give investors confidence that aldafermin could be the real deal, so it's understandable why shares are flying high today.

The market for a successful NASH treat could be worth tens of billions of dollars in the U.S. alone, so aldafermin could go on to achieve blockbuster status if it can continue to produce strong clinical results and find its way to market.

While there are still plenty of things that could still go wrong, aldafermin is certainly off to a good start. Risk-loving investors might want to keep an eye on this company as aldafermin continues to make progress in the clinic.