Investing in biotechs is inherently risky. IPOs are too. What does the stock performance of 2019’s biotech IPO class look like so far?

Seven biotech companies with initial valuations north of $1 billion began trading during the first nine months of 2019. Overall, these companies performed well. Their average and median returns were 13% and 14% respectively. In comparison, the SPDR S&P 500 ETF (NYSEARCA: SPY) and the Fidelity Nasdaq Composite ETF (ONEQ 0.26%) only returned 8.5% since the day the first biotech on our list IPO'd. 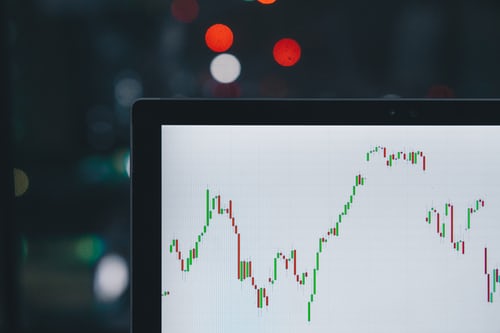 Adaptive Biotechnologies (ADPT -3.29%) led the pack with a 55% return from its IPO price. Its expertise in unraveling the complexity of the immune system can be used for research applications, clinical diagnostics, and drug discovery. NGM Biosciences (NGM -0.36%) and Alector (ALEC 0.42%) brought up the rear with post-IPO stock performance of -13% and -24%, respectively.

The middle of the pack includes Gossamer Bio (GOSS 3.13%), BridgeBio (BBIO 0.94%), and the recently public 10X Genomics (TXG -8.21%), which has an operating business that generated nearly $150 million in 2018 and $109 million in the first half of 2019. Genmab (GMAB -0.94%), headquartered in Denmark, held the highest valuation at $11.6 billion. However, this was a secondary listing to access the U.S. capital markets in addition to its primary listing on the Copenhagen Stock Exchange.

Positive stock returns for companies with high valuations are not unexpected. This is an instance where the cream rises to the top. Not every company will succeed, but these companies have revenues, technology, or drug pipelines that investors are willing to pay up for to own. To confirm this finding, we evaluated the biotech companies that went public over the same period but had initial valuations between $500 million and $1 billion.

In 2019, seven biotech companies with valuations between $500 million to $1 billion successfully completed IPOs. However, this cohort, with an average IPO valuation of $672 million, had a mixed performance. The median and mean returns from IPO through Sept. 30 were -14% and -2%, respectively, but that does not tell the whole story.

Losses abound for investors in the remaining four companies. Personalis (PSNL -1.56%), a company focused on genomics sequencing and analysis for cancer, struggled with -14% performance, while gene therapy company Prevail Therapeutics (PRVL) lost investors 28%. Precision BioSciences (DTIL -1.03%), which performs genome editing for therapeutics and food, shaved 48% off of its value since its IPO. Bringing up the rear, Axcella Health (Nasdaq: AXLA) is down a dismal 72% as investors do not appear eager to own a pipeline aimed at treating dysregulated metabolism.

Biotech IPOs valued over $1 billion outperformed those with lesser valuations

These data points argue that higher-priced IPOs in biotech perform better. The average returns for those valued higher was 13% compared to -2% for the next tier. We further analyzed 21 biotech IPOs in 2019 with market caps less than $500 million. With an average IPO valuation of $362 million, this group remained flat; their average and median returns were negative 1% and 0% respectively. Selective stock-picking may have helped investors succeed in this smaller cohort. NextCure (NXTC -2.40%) was the only company to exceed 100% return, while four companies had losses of 50% or greater.

Bigger biotechs have been better this year

Investors should not be scared off by high IPO valuations of biotech companies. The data above demonstrates that the premium on bigger biotech stocks is for quality, so it's often worth the price for investors. What caused the poor performance of the middle group, those with IPO valuations between $500 million and $1 billion? Perhaps the investment bankers and the companies themselves, having seen the success of the high-value companies, were too eager to pursue aggressive valuations which ultimately could not be maintained.

Don't Waste Your Money on Penny Stocks, These 2 Stocks Are Better Buys

About to Buy Penny Stocks? Look at These 2 Companies First

These Gene-Editing Pioneers Are Making Bold Bets in Agriculture

Did Cellectis Just Provide a Glimpse of the Future of Cellular Medicine?

This Start-up Might Be the Next Gene Editing IPO