Please ensure Javascript is enabled for purposes of website accessibility
Log In Help Join The Motley Fool
Free Article Join Over 1 Million Premium Members And Get More In-Depth Stock Guidance and Research
By John Ballard - Feb 24, 2020 at 9:24AM

Investors got another sign that Mattel's (MAT 1.60%) turnaround may actually be happening after the 2020 Toy Association's Toy of the Year Awards in New York last week. The Barbie maker led the industry by winning four prestigious Toy of the Year awards in the Infant/Toddler, Vehicle, Game, and Action Figure categories.

Mattel's Toy Story figures in partnership with Disney won action figure of the year. Game of the year went to Pictionary Air, which innovated on the original game by using a light-up pen to illustrate the clue with the use of smart devices.

For the Infant/Toddler and Vehicle of the Year categories, the winners went to the Fischer-Price Linkimals and the Hot Wheels Mario Kart Assorted Vehicle, licensed from the popular Nintendo video game. 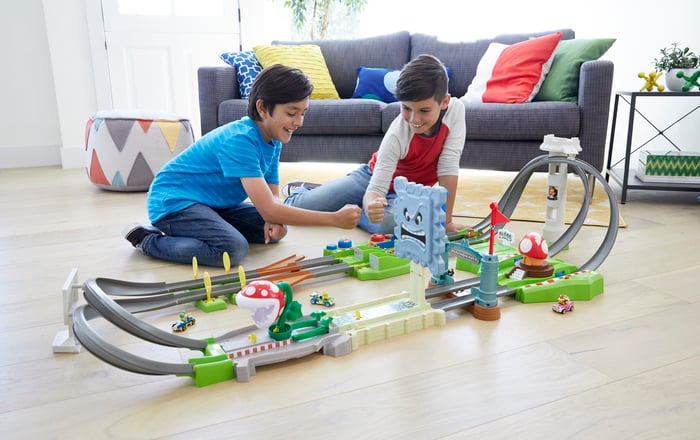 The Toy Association awards are given to products based on a range of qualities, including how unique and creative the toy is compared to the previous year. Nominations for the awards are provided by major retailers, Toy Assocation board members, toy trade journalists, and academics, while votes for the best toys come from toy retailers, media, Toy Association members, and consumers.

The awards put a stamp on the progress Mattel is experiencing in its turnaround efforts. For 2019, the company reported positive free cash flow for the first time in three years. Also, sales were flat, but that was good enough to outperform the industry, in which toy sales were down 4% in 2019.

Most importantly, the awards show that, while Mattel is cutting costs to improve profitability, it's continuing to invest in innovation and creativity in new toys to keep sales up.