The companies are taking volunteers for a clinical trial to see if the wearable devices can identify a common stroke precursor.

Johnson & Johnson (JNJ -0.71%) and Apple (AAPL -3.00%) are inviting people 65 and older to participate in what they describe as a "landmark clinical trial." Their Heartline Study will utilize the heart-health monitoring features of the Apple Watch to see if the information the wearable device gathers can be useful in detecting atrial fibrillation (AFib) -- an irregular heart rhythm that can lead to stroke.

As Johnson & Johnson VP of Medical Affairs Dr. Paul Burton notes, "AFib can potentially lead to more strokes for people over the age of 65. Cases are more common." One feature of the Apple Watch is that it tracks the wearer's heart rate and can notify them when it's unusually high or low. Watch owners commonly use them to track their daily activity levels, monitor their workouts, and record how many calories they've burned.

The companies originally announced their plans for this study last year; now, they are ready to start accepting participants. People interested in being part of the study will need to have a traditional fee-for-service Medicare plan as well as an iPhone that is model 6s or newer. The study will track participants for at least two years. 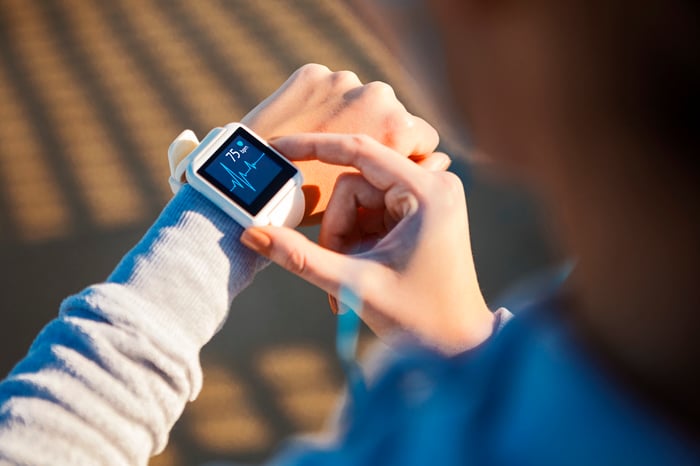 According to research company Strategy Analytics, 31 million Apple Watches shipped in 2019 -- more than all Swiss watch brands shipped combined -- 21 million. In further evidence of the overwhelming popularity of the devices, shipments of the tech company's Watch grew 36% last year, while those of Swiss watches declined by 13%.