The two global giants are reaping rewards of complementary strengths.

Executives from coffee purveyor Starbucks (SBUX 0.04%) and packaged food and beverage behemoth Nestle (NSRGY 1.31%) are confident that new products arising from their "Global Coffee Alliance" will help both companies expand global sales, according to a Reuters interview this week.

The deal supplements various licensing relationships Starbucks has pursued in recent years such as its relationship with PepsiCo, which manufactures and distributes Starbucks-branded RTD products. Licensing has helped Starbucks develop a "capital-light" revenue stream outside of its retail sales and institutional foodservice businesses. The deal has given Nestle access to the Starbucks brand -- as Reuters points out, this helps it compete against privately held JAB Holdings, which owns a number of popular packaged coffee brands that enjoy muscular shelf space in the grocery store channel. 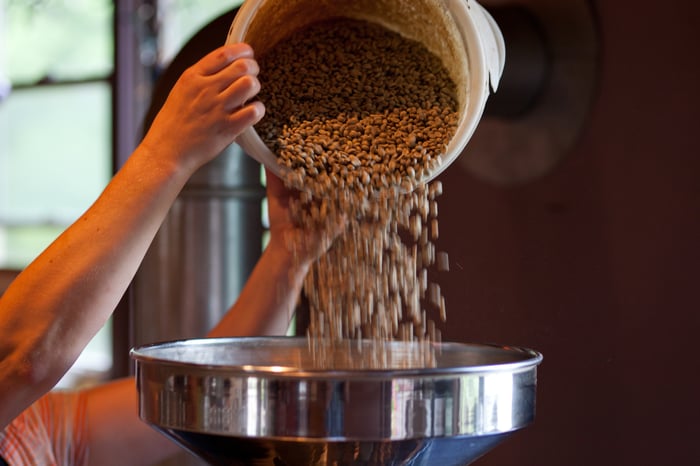 Rennie stated that Nestle would extend its international Starbucks presence from 40 markets to 50 markets by the end of this quarter. Reuters reported on Tuesday that Nestle is launching Starbucks' premium soluble (instant) coffee globally in 12 twelve markets, which include China, the U.K., Brazil, Japan, and Mexico, among others.

Nestle improved the $2 billion in annual revenue it acquired from Starbucks via the alliance by 15% last year. This rapid growth benefits both parties, as Starbucks is poised to reap long-term licensing revenue from the relationship. The Starbucks brand and Nestle's global distribution reach are formidable complementary advantages. As Starbuck's Culver noted, there remains "lots of white space for the Starbucks brand outside of North America."