Please ensure Javascript is enabled for purposes of website accessibility
Log In Help Join The Motley Fool
Free Article Join Over 1 Million Premium Members And Get More In-Depth Stock Guidance and Research
By Keith Speights - Feb 25, 2020 at 7:00AM

Tenet Healthcare (THC -3.18%) ranked as one of the 10 best-performing healthcare stocks of 2019. But after its sizzling 121% gain last year, it's not surprising that Tenet would take something of a breather to start out 2020. That's exactly what happened.

The big healthcare system operator announced its 2019 fourth-quarter and full-year results after the market closed on Monday. Here are the highlights from Tenet's Q4 update. 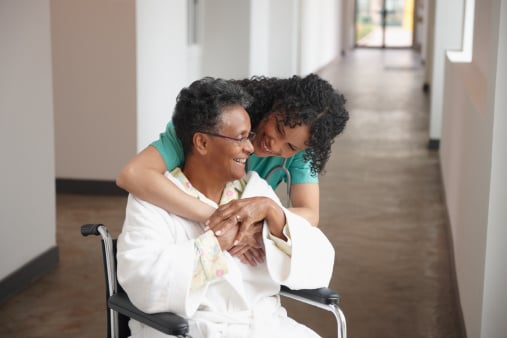 Tenet reported revenue in the fourth quarter of $4.8 billion. This reflected a 4% increase from the revenue total of $4.6 billion in the prior-year period. It also topped the consensus Wall Street Q4 revenue estimate of $4.76 billion.

The company announced net income of $2 million, or $0.02 per share, in the fourth quarter based on generally accepted accounting principles (GAAP). This represented a significant improvement from the GAAP loss of $5 million, or $0.05 per share, reported in the same quarter of 2018.

Tenet's adjusted net income in the fourth quarter totaled $105 million, or $0.99 per share. This reflected a big improvement from the company's net income of $53 million, or $0.51 per share, in the prior-year period. It also narrowly beat the average analysts' adjusted earnings estimate of $0.98 per share.

While Tenet has three operating segments, its hospital operations and other segment contributes by far the most revenue. This segment generated revenue of $3.98 billion in Q4, up 3.6% from $3.84 billion in the prior-year period. Same-store net patient services revenue, which only includes the 65 hospitals that Tenet operated throughout 2019, rose 5.2% year over year to $3.67 billion. Adjusted admissions grew by 1.9% in Q4.

The company's Conifer business segment provides a range of services to healthcare organizations, including revenue cycle management services and value-based care solutions. This segment generated net operating revenue of $332 million in Q4, down 10.8% year over year.

Tenet expects that revenue for full-year 2020 will be between $19.1 billion and $19.5 billion. The company anticipates GAAP earnings per share (EPS) of $1.23 to $2.31, with adjusted non-GAAP EPS between $2.69 and $3.35. The midpoints of both revenue and EPS ranges were higher than the consensus Wall Street estimates for full-year 2020.

Politics could make 2020 a more tumultuous year than 2019 was for healthcare stocks. With the leading Democratic presidential candidate advocating a single-payer healthcare system in the U.S., Tenet could experience increased volatility.

Over the longer run, Tenet still expects to spin off its Conifer segment by the end of the second quarter of 2021. The company thinks this spin-off will reduce its debt level and create additional shareholder value.