A new study released this month in the International Journal of Epidemiology has found that women who drink milk every day may be at an elevated risk of developing breast cancer. The observational study followed 52,795 women in North America over a period of 7.9 years, and one of the key findings, according to the study's author, Dr. Gary Fraser, was that "by drinking up to one cup per day, the associated risk went up to 50 percent, and for those drinking two to three cups per day, the risk increased further to 70 percent to 80 percent."Researchers found that soy products, however, weren't associated with a higher risk of breast cancer.

By the end of the study, there were 1,057 women diagnosed with breast cancer, or about 2% of the total women in the study. Currently, there's about a 13% risk that an American woman will develop breast cancer at some point during her life.

The American Cancer Society (ACS) estimates that 42,170 women will die from breast cancer in 2020.  It's the second leading cause of cancer death in women behind lung cancer, to which the ACS estimates 63,220 American women will succumb this year. 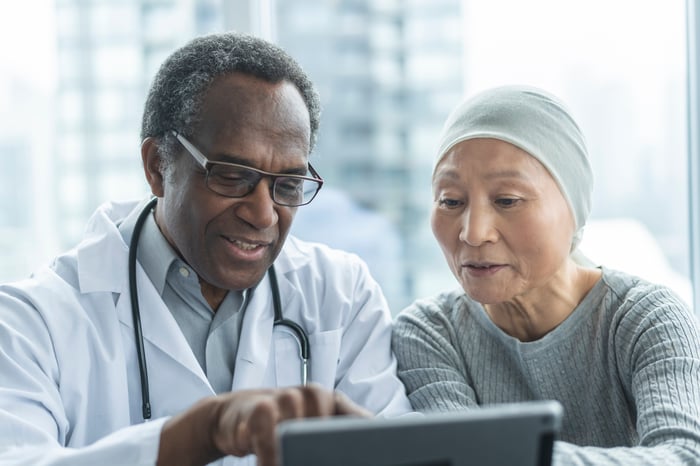 Breast cancer patients may soon have another option

Biotech company Seattle Genetics (SGEN -2.73%) is working on bringing a new breast cancer drug to market, tucatinib. The drug treats HER2-positive breast cancer, an aggressive form of cancer that can grow and divide rapidly. Approximately one in five breast cancers fall into this classification. Seattle Genetics applied for a new drug application late last year, and the Food and Drug Administration announced earlier this month that it has granted the drug a priority review.