Despite the unexpected result, the company's stock price sank on the day.

Tandem Diabetes Care (TNDM 0.62%) followed the broader market and traded down on Tuesday, despite reporting quarterly results that featured an unexpected bottom-line profit. 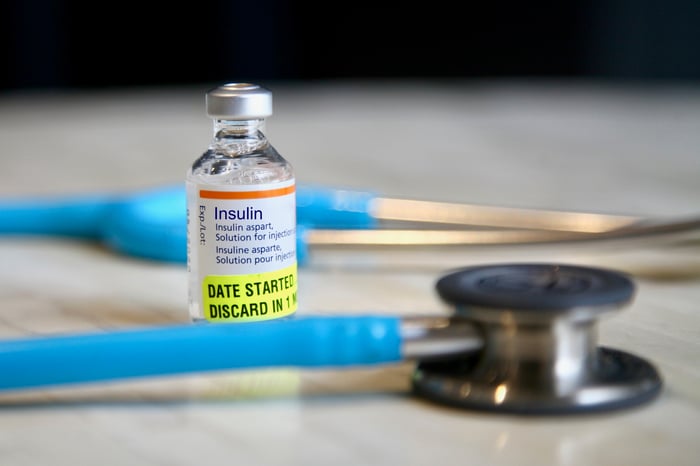 This produced a mixed quarter in relation to analyst estimates. Prognosticators following the stock had collectively anticipated a top-line result of $109 million but were expecting a net loss equating to $0.07 per share.

Tandem's sales have been rising precipitously thanks to its popular signature product line, the t:slim X2 insulin pump.

Sales growth of 42% in Q4 is down quite a bit from Q3's near doubling; according to Tandem this is due to clients who are waiting for the company's latest innovation to be approved by the Food and Drug Administration for use with the t:slim X2s. Called Control-IQ, this is a digital program that adjusts insulin levels for patients using those products.

Previous to this week's bear market, Tandem shares had generally been rising sharply. Even with Tuesday's 10%-plus decline, the healthcare stock is still up by almost 29% year to date.