The world's biggest fast food restaurant has left a gold cup at the end of the rainbow for one lucky customer.

Fast food chain McDonald's (MCD -0.67%) is bringing back its popular Shamrock Shake in style for 2020. One lucky fan of the green-colored, mint-flavored milkshake will be eligible to win a cup made of gold, with several embedded diamonds added for extra bling.

An additional cup will be auctioned by eBay, with all the proceeds from the sale given to charity. Specifically, the winning bidder's purchase will be used to support the Ronald McDonald House network, which provides housing for families of children who are long-term hospital patients.

The two cups are made of 18 karat gold, encrusted with white, yellow and green jewels, and valued at $90,000 each. (See what it looks like here.) 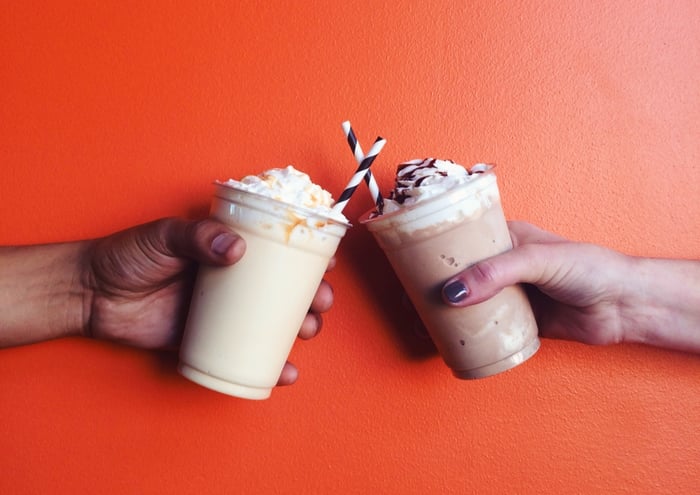 This is the 50th year McDonald's has offered the Saint Patrick's Day-themed treat. But, it's become a well-loved cultural craze since its creation, the minty treat has only been available nationwide since 2012. Before that, fans were forced to figure out for themselves which restaurants were selling the Shamrock Shake. Some consumers even created a website to mark which stores offered them before all locales made them available.

To win the cup being given away, customers must make purchase an Oreo Shamrock McFlurry or a Shamrock Shake, while it's available, using the mobile app.