Please ensure Javascript is enabled for purposes of website accessibility
Log In Help Join The Motley Fool
Free Article Join Over 1 Million Premium Members And Get More In-Depth Stock Guidance and Research
By Lou Whiteman - Updated Feb 25, 2020 at 11:13AM

An earnings delay and a bleak outlook for 2020 have investors heading for the exit.

Shares of Tupperware Brands (TUP -0.83%) fell more than 35% on Tuesday after the maker of food storage, kitchen, and beauty products delayed the full release of its year-end results. The stock has now lost about 88% of its value over the past year, and the company's outlook for 2020 gave investors little to get excited about.

In a statement Tuesday, Tupperware said it was investigating "financial reporting issues" in its Fuller Mexico business, as well as finalizing its tax rate, and as a result will not be holding its earnings call as scheduled. The company, which in October warned that its full-year results would come in below expectations, said it expects 2019 adjusted earnings per share between $1.35 and $1.70, well short of the $2.78 per share consensus expectation. 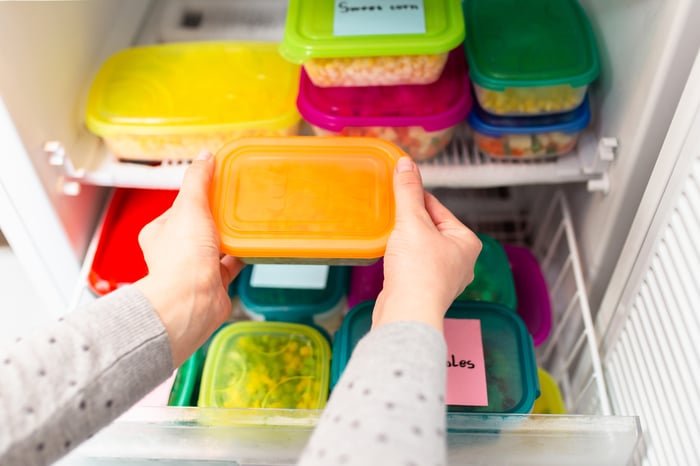 "We are working rapidly to address these Fuller Mexico issues in order to finalize our 2019 results," interim CEO Chris O'Leary said. "We are also focused on facing the clear headwinds in our core markets and accelerating the pace at which we can achieve meaningful improvement in the business."

O'Leary is serving as CEO while the company finds a permanent replacement for Tricia Stitzel, who resigned in November.

Tupperware expects to generate revenue between $1.58 billion and $1.62 billion in 2020, shy of the $1.67 billion analyst consensus, due to "current business trends and foreign currency rates." Tupperware said it expects the first half of the year to be difficult, with better sales trends expected by the second half of 2020 as some of its streamlining initiatives take effect.

Based on this outlook, Tupperware warned it could have issues meeting the required leverage ratios on its $650 million credit agreement. At worst, that could cause an accelerated payment of the debt, which Tupperware said, "could have a material adverse impact," though the company will seek relief from the covenant if necessary.

The shares are a lot more inexpensive now than they were a year ago, but that doesn't make this stock a bargain. Tupperware right now has an uncertain future, and at best the company is going to need some time to dig out of the mess it is in.