Please ensure Javascript is enabled for purposes of website accessibility
Log In Help Join The Motley Fool
Free Article Join Over 1 Million Premium Members And Get More In-Depth Stock Guidance and Research
By Evan Niu, CFA - Feb 26, 2020 at 9:00AM

The Oracle of Omaha considers Apple to be Berkshire Hathaway's "third-largest business."

Famed investor Warren Buffett has been one of Apple's (AAPL 0.17%) biggest bulls for years, recent sale of 3.7 million shares notwithstanding. Trimming Berkshire Hathaway's (BRK.A 0.10%) (BRK.B -0.03%) stake by a modest 1.5% in the fourth quarter was likely done by one of Buffett's lieutenants in order to free up cash for other compelling investments. Currently worth around $72.5 billion, Apple remains the conglomerate's largest holding by far. The next-largest position is the $30 billion worth of Bank of America that Berkshire Hathaway holds.

In a recent interview, the Oracle of Omaha expressed just how much he loves Apple. 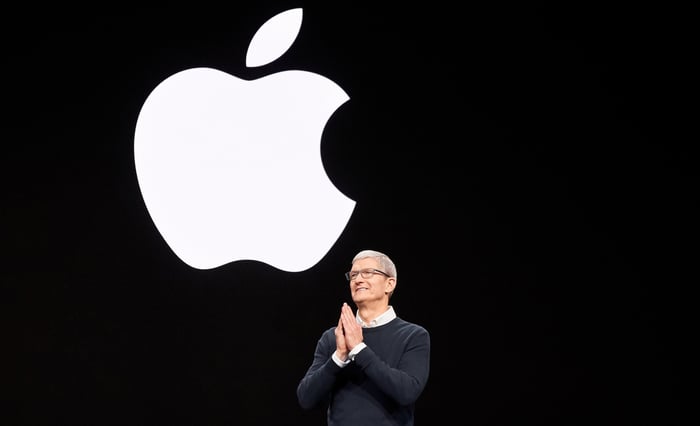 Sitting down with CNBC this week, Buffett remained confident in Apple's long-term prospects. He isn't all that concerned about the impacts of the coronavirus outbreak, which Apple recently warned would cause it to miss its revenue guidance for the first quarter. Buffett suggested that the epidemic is mostly a short-term risk:

All kinds of things are going to happen to Apple over the next 10 years. The real question is: What is the degree of pervasiveness and strength of that product five or 10 years from now? I don't think of Apple as a stock. I think it's our third-largest business.

Buffett also explained how he considers Apple to be more of a consumer product company than a technology company, a view he has reiterated over the years. "I should have appreciated it earlier," the famous investor, who is famously averse to tech stocks, conceded.

"The smartphone is part of hundreds and hundreds of millions of people's lives, in all aspects of their lives," Buffett added before noting that he had finally ditched his flip phone and recently started using an iPhone (the newest model). He admitted that he doesn't take full advantage of all of the device's capabilities and mostly just uses it as a phone.

"It's probably the best business I know in the world," Buffett told the outlet. "And that is a bigger commitment that we have in any business except insurance and the railroad." Berkshire Hathaway owns GEICO insurance and bought Burlington Northern railroad over 10 years ago in one of its biggest acquisitions to date.

Back in 2018, Buffett went as far as to say he would "love to own 100%" of Apple if he could. But with a market cap of nearly $1.3 trillion, that's not really feasible. Even the third-richest man in the world doesn't have that kind of money.