Please ensure Javascript is enabled for purposes of website accessibility
Log In Help Join The Motley Fool
Free Article Join Over 1 Million Premium Members And Get More In-Depth Stock Guidance and Research
By Daniel B. Kline – Feb 28, 2020 at 8:39AM

The Golden Arches won't make it easy for its would-be morning rival.

Wendy's (WEN -0.10%) rolls out breakfast nationwide on Monday, March 2. It's a bold try by the fast-food brand, which has failed at previous attempts to take on the morning meal.

It appears one of its chief rivals, McDonald's (MCD -1.81%), does not want these efforts to succeed. It's reasonable to think that if Wendy's can win some breakfast market share it would at least partially come from its fast-food competitors. That's why Mickey D's is pulling out a giveaway to try to derail Wendy's plans. 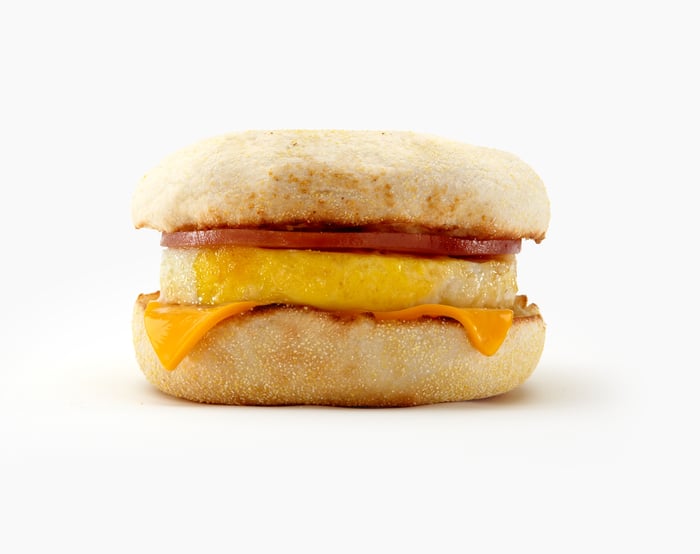 The fast-food giant plans to offer free Egg McMuffins on March 2, which it has declared National Egg McMuffin Day, according to Nation's Restaurant News. It's a blatant attempt to keep consumers away from its rival on a day where Wendy's will likely enjoy a surge in media attention. But McDonald's said the giveaway is really about its customers.

"While we're giving the Egg McMuffin its moment, we're really honoring our breakfast fans who have woken up with McDonald's breakfast for nearly 50 years," said McDonald's U.S. Communication Vice President David Tovar in a statement.

The offer is good from 6:30 a.m. to 10 a.m. at participating restaurants. To participate, consumers must download a coupon from the McDonald's app and order in-store.

Expect McDonald's to keep up the pressure with specials, giveaways, and whatever else it can try to keep people from sampling Wendy's breakfast. In the long run, however, it seems likely that fast-food breakfast fans will at least sample the new Wendy's menu at some point. Once that happens, the chain's success or failure will come down to the food it's selling in the morning.