A previous version of the late basketball star's shoe design will receive updated colors to reflect his one and only team affiliation.

Nike (NKE -0.99%) has yet to confirm it, but according to Footwear News, the athletic-apparel brand is expected to release a new purple and gold sneaker next month in honor of the late professional basketball star Kobe Bryant.

Photographs of the shoe in question appear to be a version of the Kobe 5 shoe first released in 2010 and slated for an updated rerelease on February 7. Bryant's tragic death in late January, however, reportedly prompted Nike to develop another version of the shoe that feature the official team colors of the Los Angeles Lakers, where he played all 20 seasons of his NBA career.

Kobe Bryant fans, as well as footwear aficionados, may have already seen the shoe on the feet of fellow professional basketball player Anthony Davis, who was said to have been wearing a pair at this year's All Star game in early February. 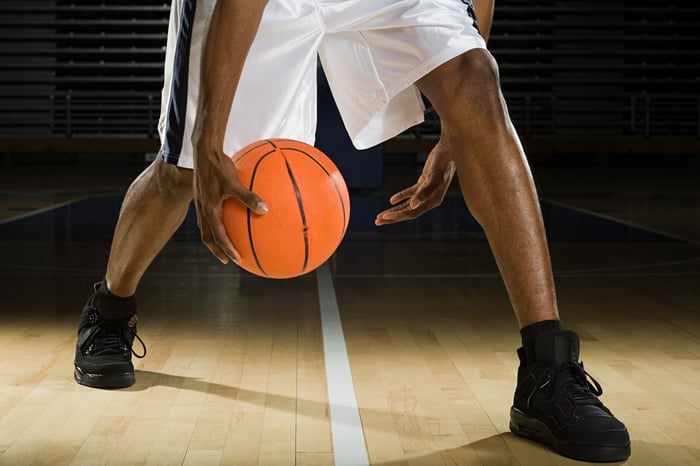 There's little doubt the athlete is deserving of a special edition athletic shoe. Aside from helping lead his team to five championship titles in his 20-year career, Bryant is also the Lakers' all-time leading scorer and one of only two players to ever score more than 50 points in four consecutive games. Off the court, he was a major supporter of the Make-A-Wish Foundation.

The commemorative version of the Kobe 5 -- if Nike is indeed making them available for retail sale -- is expected to hit store shelves on March 26.