Investors aren't happy with the 2020 guidance.

Shares of Carvana (CVNA -2.85%), an online used-car dealer known for its distinctive "vending machine" retail stores, were down again on Friday following a fourth-quarter earnings report that disappointed nervous investors.

As of 2 p.m. EST today, shares were trading down about 9.2% from Thursday's closing price.

Carvana's fourth-quarter report, released after the markets closed on Wednesday, wasn't all bad. Revenue jumped 88% from the year-ago period to $1.1 billion, on an 82% increase in retail sales. That was roughly in line with expectations. 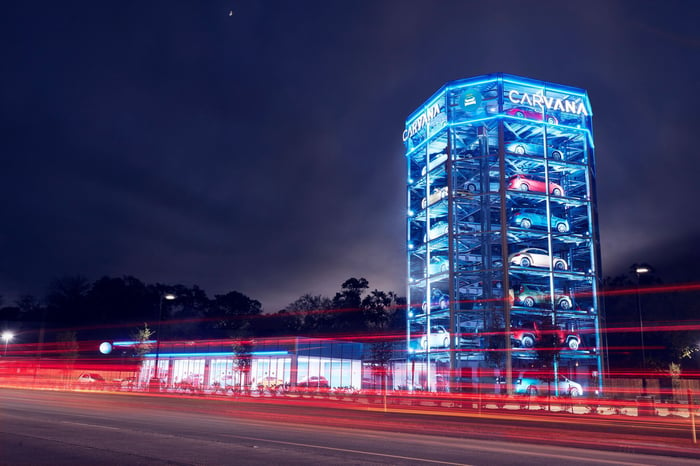 But Carvana's net loss also jumped substantially year over year, to $125.7 million from $86.4 million in the fourth quarter of 2018. Gross profit per unit sold rose to $2,854, up by $723 from a year ago but down from the second and third quarters, and -- importantly -- still short of the company's standing $3,000 profitability target.

That fourth-quarter profitability disappointed in more ways than one: The fourth-quarter shortfall meant that Carvana's full-year gross profit per unit came in at $2,883, again short of its target.

Guidance for 2020 was also a bit disappointing. It's expecting its retail sales to grow by 44% to 49% in 2020, a sharp deceleration from the triple-digit percentage growth that we've seen over the last six years. On the other hand, Carvana expects its profit per unit to rise to between $3,200 and $3,400, which might be overly optimistic.

Auto investors seeking bargains in the current market might want to take the time to look carefully before jumping into this one.