The recent news that Walt Disney (NYSE:DIS) CEO Bob Iger was stepping down caught many investors by surprise. Not that Iger was vacating his 15-year post -- he had disclosed previously that he would be stepping down by 2021, when his contract expired -- but that the news came much earlier than expected.

Compounding the concerns about Iger's early departure is that new CEO Bob Chapek is coming over from the parks segment, a business he has overseen as chairman since 2018. Some investors are wondering if Chapek has the knowledge in digital areas to guide Disney's future in streaming.

The stock has been falling over the last week, but that could have as much to do with coronavirus concerns and how those might affect Disney's theme parks business as anything else.

Make no mistake: Chapek is more than qualified to guide Disney's digital future, including just about everything else at the Magic Kingdom. Here's why. 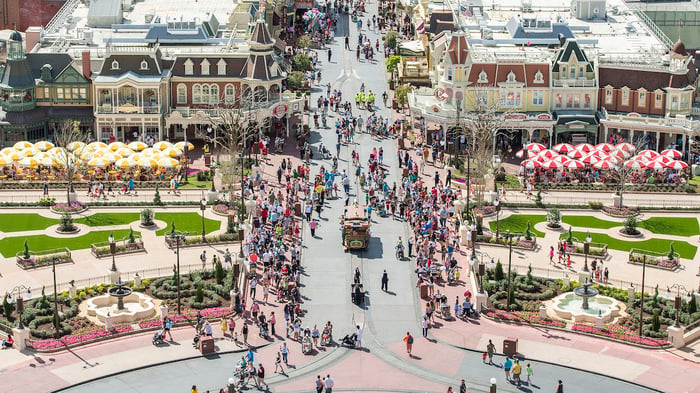 Disney is all about the consumer

Chapek has a long history at Disney. He first joined the company in 1993, and over the years has spent time working across several areas at Disney, most notably studio and home entertainment, consumer products, and theme parks.

However, investors seem more interested in the growth of Disney+. Disney stock climbed 32% in 2019, with all of those gains coming after the company's investor day presentation in April showcasing its new streaming services -- Disney+, Hulu, and ESPN+.

After shares of Netflix took off like a rocket in the first decade of streaming, investors began to see the next decade as perhaps Disney's time to shine with Disney+. But just when investors are ready to jump on the narrative of Disney's digital growth, the House of Mouse turns the keys over to the theme-park guy.

Investors might be missing the point of Disney+, though. As Chapek told CNBC in an interview, "The long-term health of [Disney] is a function of our consumer demand for unbelievable storytelling and our product."

Chapek understands that what makes Disney tick is the effect its brands have on the consumer. As he put it, "The commonality between our businesses are consumers." He said the direction Disney is moving, where the company's brands can have a more "one-on-one relationship with the customer" with a direct-to-consumer strategy (e.g. Disney+), is his "sweet spot."

Chapek seems to be implying that Disney+ is simply a vehicle for Disney to delight its fans. It's a means to an end, not the end game itself. Ultimately, it's the content that drives Disney's business, and Chapek's background working in various roles across the company gives him the knowledge of all the pieces that make Disney what it is.

Disney's parks, experiences, and product segment is its largest, generating $26 billion a year. It's almost like a business in itself, with 170,000 employees. Chapek oversaw all of that as chairman of the segment.

Under Chapek's watch, Disney launched the first park in China as well as numerous guest offerings across six resort destinations in the U.S., Europe, and Asia. He also oversaw the opening of Star Wars: Galaxy's Edge at Disneyland and Walt Disney World. Other openings under his tenure included Marvel attractions at the parks and the expansion of the Disney cruise line fleet.

Chapek has a lot of experience at Disney, but his business skills might be the most impressive. From fiscal 2015 through fiscal 2018, Chapek guided the parks segment from $16.2 billion in revenue to $20.3 billion. Disney combined the theme parks segment with consumer products and experiences in fiscal 2019, which is telling of Chapek's ability to run an entertainment business.

More importantly, from fiscal 2015 through fiscal 2018, the operating profit margin at the parks segment improved from 18.7% to 22%.

After Disney reorganized theme parks with consumer products in fiscal 2019, Chapek was in charge of toys, apparel, home goods, and digital games and apps as well as Disney's e-commerce platform -- in addition to overseeing the parks business.

Before that, from 2011 to 2015, Chapek oversaw the consumer products segment, where he led the business in several new initiatives. He guided Disney's products into a new digital age across retail and publishing operations.

Over those four years, the consumer products segment saw an increase in revenue from $3 billion to $4.5 billion. And just as he managed at theme parks, Chapek improved the segment operating margin from 26.7% to 38.9% during his tenure there.

Prior to his stint with products, Chapek ran Disney's studios business, where he was responsible for distribution across multiple channels that included theatrical releases, home and digital entertainment, and new media.

You don't get promoted to so many different leadership roles like Chapek has been unless you're doing an outstanding job. Chapek not only has the experience and knowledge of Disney's operations and brands, but his record of growing revenue and margins at these segments suggest he has impeccable business talent.

Much of the groundwork for streaming was laid by Iger. The muscle of the Disney+ platform is BAMTech, in which Disney bought a controlling interest in 2017. There isn't much for Chapek to do other than make sure Disney continues to pump out compelling content and delight fans.

Chapek's record at overseeing theme parks, the most "direct-to-consumer" business, should ensure that Disney continues to deliver the growth investors expect.