Craft beer is a growing industry. According to the U.S.-based Brewers Association for Small and Independent Craft Brewers, craft beer production grew 4% in 2018 (the most recent date for which data is available) to take a 13.2% market share in total beer sales in the U.S. And the 50 fastest growing breweries in the U.S. grew even faster -- up 10%. 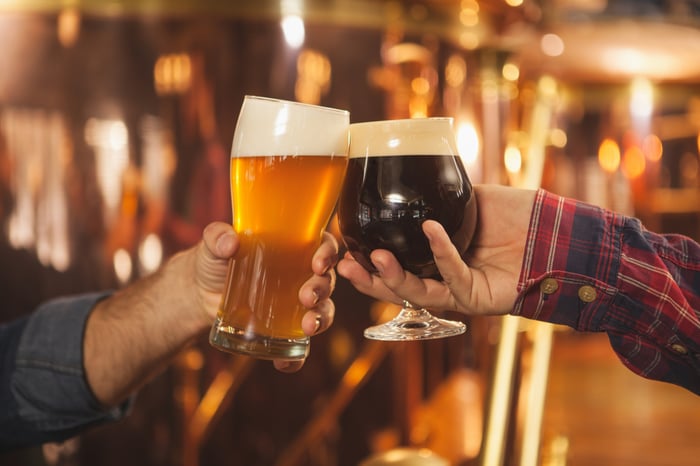 Ss Brewtech was doing only about $20 million in annual sales when Middleby bought it last year. Today's purchase of Deutsche Beverage Technology is twice as large, adding a further $40 million to Middleby's revenue stream. In a statement, Middleby CEO Tim FitzGerald explained that the two businesses are "very complementary." He went on to say: "[W]e are now in a position to accelerate product development and leverage the sales capabilities of both brands. Our commitment remains to strategically expand the Middleby beverage offerings..."

For now, the two purchases only grow Middleby's business about 2%, combined. (The company did nearly $3 billion in sales last year, according to data from S&P Global Market Intelligence.) Potentially more important than the growth, though, is the fact that Middleby says its beverage products are "high-margin."

Operating profit margins slipped 30 basis points at Middleby last year, but still outperformed expectations. If SS Brewtech and Deutsche Beverage Technology turn out to be as profitable as management implies, further earnings beats could be in the offing.

Why Coca-Cola Stock, Middleby, and Even Beyond Meat Stock Rose Wednesday