Please ensure Javascript is enabled for purposes of website accessibility
Log In Help Join The Motley Fool
Free Article Join Over 1 Million Premium Members And Get More In-Depth Stock Guidance and Research
By George Budwell - Mar 2, 2020 at 10:13AM

Dynavax joins the race to develop a COVID-19 vaccine.

Shares of the vaccine and immunotherapy company Dynavax Technologies Corporation (DVAX 0.41%) rose by as much as 18.7% in premarket trading Monday morning. The biotech's stock is heating up in response to the news that it will collaborate with the University of Queensland as part of a Coalition for Epidemic Preparedness to develop a vaccine against the severe acute respiratory syndrome coronavirus 2 (a.k.a. SARS-CoV-2). Dynavax's shares have settled somewhat since their red-hot start in premarket action, but they are still up by 9% as of 9:45 a.m. EST today.

SARS-CoV-2 has spread to more than 50 countries and taken the lives of over 3,000 people now. Combatting it is quickly becoming a top priority for governmental agencies and public health organizations across the globe. This collaboration between Dynavax and the University of Queensland is the latest offshoot of this global race to develop a safe and effective vaccine against SARS-CoV-2. 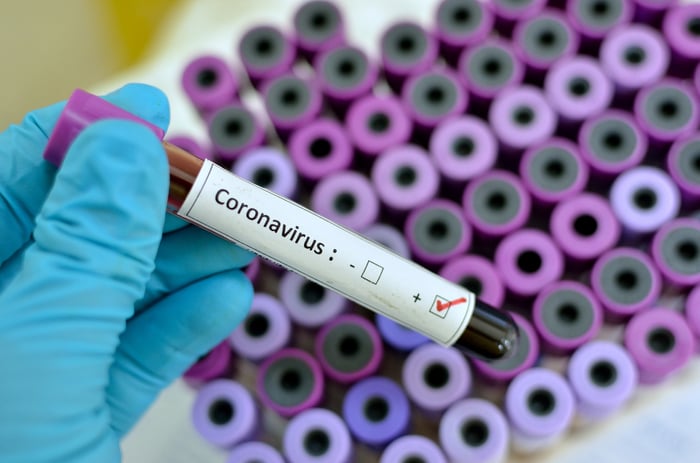 Dynavax, as a commercial-stage vaccine company, could play a vital role in the fight against this deadly respiratory ailment. Keeping with this theme, the biotech noted in this morning's press release that it will provide technical expertise, along with access to its proprietary toll-like receptor 9 agonist adjuvant CpG 1018, to support this initiative. CpG 1018 is the adjuvant used in the company's FDA-approved hepatitis B vaccine Heplisav-B, which helps to increase the vaccine's immune response.

Is Dynavax's newly announced tie-in to the SARS-CoV-2 outbreak reason enough to buy its stock? In short, this development is undoubtedly great PR for the company, but it doesn't exactly qualify as a needle-moving material event. Dynavax's investing thesis still centers squarely around Heplisav-B's commercial launch -- an effort that has gotten off to an uneven start.

That being said, it wouldn't be surprising if Dynavax did land some grant money from this SARS-CoV-2 vaccine initiative. Even then, though, the company isn't likely to get a large enough grant to significantly modify its cash runway. So while this news is a net positive overall, it isn't a particularly great reason to buy the biotech's stock today.