The end of the world as we know it was abruptly canceled this morning -- or at least postponed.

Stock markets are accordingly rebounding with a vengeance, as traders rush en masse to close short positions and move to the other side of the ship. Stock markets -- the Dow, the Nasdaq, and the S&P 500 -- are all up 2% or better as of 11:35 a.m. and in a bit of especially good news for one of the stocks hardest hit last week, shares of Virgin Galactic (SPCE -0.46%) are up 8.2%. 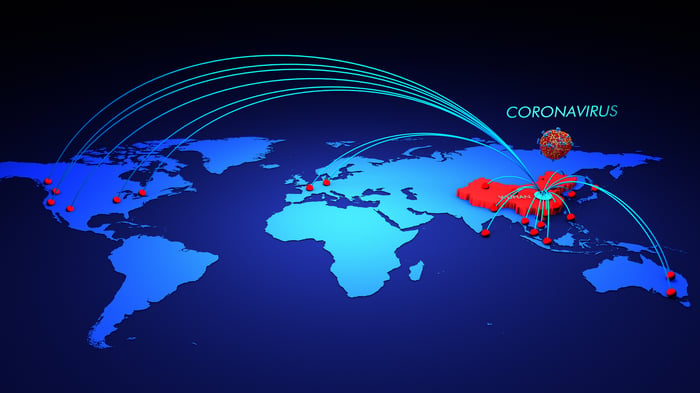 Aside from general market ebullience over the fact that stocks have stopped spiraling, there's no Virgin Galactic-specific news today that would justify the stock going up.

Rather, what seems to be going on is simply that the "risk off" button has been toggled back toward "risk on," and potentially fast-growing companies like Virgin Galactic -- which has no profits, and still has almost no revenue -- are being considered potentially safe to own once again.

How long will this latest trend in the markets last? That's impossible to say.

What I can say is that the news didn't get any better over the weekend. At last report, there have been nearly 90,000 confirmed cases of COVID-19, and more than 3,000 reported fatalities. Infections are now being reported in 67 countries.

Additionally, both New York City, the home of most Wall Street traders, and Florida, the place New Yorkers go to vacation, have just reported their first infections.

This is just my hunch, but I expect things can still get worse.