Please ensure Javascript is enabled for purposes of website accessibility
Log In Help Join The Motley Fool
Free Article Join Over 1 Million Premium Members And Get More In-Depth Stock Guidance and Research
By Scott Levine - Mar 2, 2020 at 6:44AM

Thanks to coronavirus fears, shares of this fuel cell leader plunged last week, but there are several factors that could send it soaring higher.

Trading for as much as $6.05 in late February, shares of Plug Power (PLUG 2.02%) had reached highs unseen in more than five years. And this performance wasn't a flash in the pan, as the stock was one of the best-performing renewable-energy stocks in 2019. Unsurprisingly, though, the stock has suffered as fear regarding the novel coronavirus has gripped the market.

With Plug Power scheduled to release its Q4 2019 earnings on March 5, however, a strong report may be the thing to spark investors' confidence and inspire them to pick up shares again. Let's look at some of the things investors can expect from the company when it presents earnings. 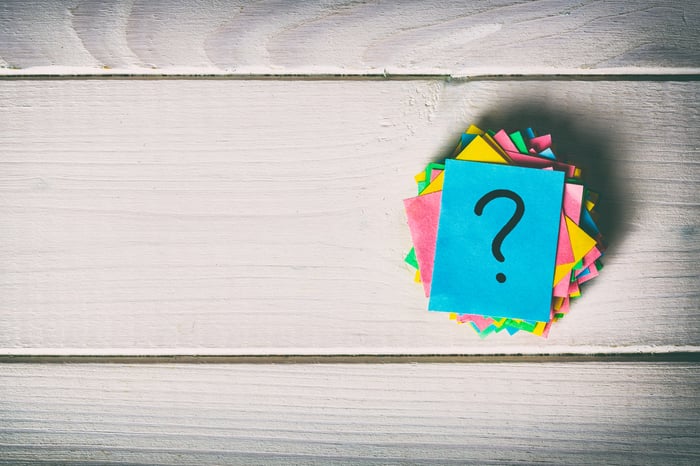 Be on top of the top line

One area that will draw investors' attention is Plug Power's revenue. During an investor presentation in late January, management had forecast the company to report gross billings (revenue before the removal of provisions for common stock warrants) between $93 million and $95 million for the fourth quarter. Should the company report at the midpoint of this range, it will translate to gross billings of $236.4 million for 2019, toward the bottom end of its forecast of $235 million to $245 million. Moreover, it will represent a noteworthy 28% year-over-year increase over the $184.8 million the company reported in 2018.

A company that's consistently failed to demonstrate that its endeavors in the fuel-cell industry can be lucrative, Plug Power believes 2020 will be a noteworthy year -- of sorts. According to management's guidance, Plug Power will achieve breakeven on an adjusted EBITDA basis for 2019. To achieve that feat, the company will need to report adjusted EBITDA of $8.25 million in Q4 -- no small feat, considering the company's quarterly adjusted EBITDA averaged over the past four quarters is negative-$1.94 million. If the company exceeds its estimate and reports a more impressive adjusted EBITDA figure for 2019 -- something beyond mere breakeven -- it could motivate the market to pick up shares.

But it's not only adjusted EBITDA that could have this effect. In the company's Q3 conference call, Andy Marsh, Plug Power's CEO, noted that during the quarter the company had "closed the supply agreement with United Hydrogen for liquid hydrogen, which will positively impact our gross margins in future quarters." Investors, therefore, will surely take notice if the company reports significant expansion in its gross margin, which was 9.3% in the third quarter and 6.3% over the first three quarters of 2019, proving the strategic value of the agreement with United Hydrogen.

Granted, investors would welcome a pleasant surprise on the income statement; however, a shock on the cash flow statement would undoubtedly inspire investors more. Unable to generate cash through organic means, Plug Power has had to consistently rely on raising capital through the issuance of debt and equity. Most recently, this came in the form of a 40 million-share offering in December that netted the company proceeds of $120 million. 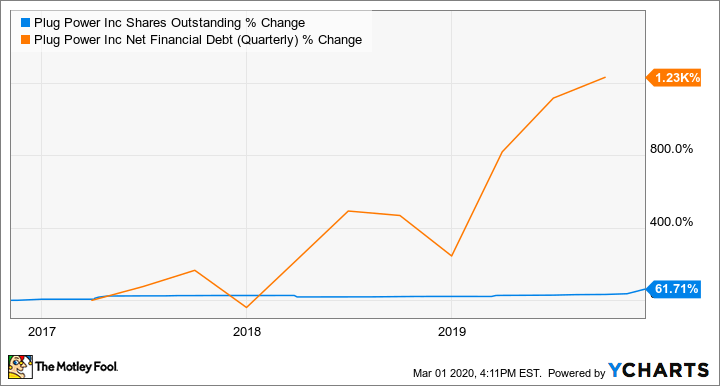 In light of average annual operating cash flow of negative-$47 million from 2014 to 2018, it's understandable that the company has needed to subject shareholders to dilution and weigh down the balance sheet with debt. Considering Plug Power has used $51.8 million in cash from operating activities in 2019, investors can be reasonably assured that further dilution or an increasingly debt-laden balance sheet is in the cards. Therefore, should the company report a surprise in its cash-flow generation in the fourth quarter, it could help mitigate that concern and have investors racing to buy up shares.

What to focus on when Plug Power reports earnings

There's no shortage of reasons shares of Plug Power may shoot higher after the company reports fourth-quarter earnings on Thursday. Surprises on the income statement and cash flow statement could be all the reasons fuel cell-focused investors need to pick up shares. But in all likelihood, the company won't report anything that will indicate a significant improvement in its financial health, suggesting that long-term investors would be better served to wait for the company to report more consistently positive earnings before considering a position.